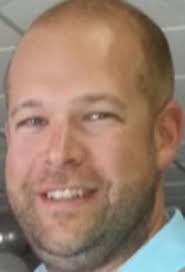 HAYES: The pandemic is a catalyst for the rising number of drug overdoses

It was in June of 2019 when predictions were being made that the number of drug overdoses was continuing on a downward trend—for the first time in 25 years, the number of deaths began to fall in 2018 and into 2019. However, fast forward to the end of 2019 and into 2020, the CDC estimated that over 72,000 Americans died of a drug overdose in 2019. When compared to 2018, this was an increase of five percent. The trends in 2020 are not looking any better, and drug deaths have risen an average of 13% so far this year. The pandemic has added enough fuel to the drug epidemic to cause it to spread and go out of control.

The decline in overdose deaths in 2018 was mostly due to the reductions in deaths from prescription pain medication. States refining prescription drug monitoring programs, more treatment resources, and cracking down on doctor shopping had a positive effect. The conditions created by the pandemic hurt the nations fragile progress in fighting the increase in drug overdose deaths. However, the increase was already occurring before the pandemic occurred. The on-going situation with the virus is just another catalyst to the drug epidemic.

Unfortunately, across the nation, the lockdown forced some treatment centers to close their doors, while others had to reduce the services they provided. It has been tough for treatment providers, and many of them are now seeing an increase in the number of people seeking help. Despite the pandemic treatment providers are determined and will not lose focus of the on-going drug and alcohol crisis in the country. Unfortunately, most of these services will need more funding to meet the demand.

Additionally, there is still so much stigma surrounding addiction, preventing so many addicts from asking for help or seeking out treatment. The evidence supports that treatment within an inpatient or outpatient treatment is cost-effective when compared with no treatment. Only about one in ten people with a drug or alcohol addiction receive any treatment. Drug and alcohol treatment must continue to be made available at all levels. Treatment must also continue to be affordable to individuals who cannot afford private drug treatment.

The issues with drugs are continuing to evolve. Opioids, such as fentanyl and heroin, are still being abused across the nation. However, fentanyl has been confined mostly to the eastern part of the country, while heroin is widely being abused in the west. Methamphetamine has continued to make headlines, and meth never went away but hid in the shadows while the opioid epidemic surged. The number of deaths involving meth that were once concentrated in the western part of the country has now moved east. Methamphetamine addiction first spread in the United States in the 1990s and into the early 2000s that was cooked locally.

Nickolaus Hayes is a healthcare professional in the field of substance abuse and addiction recovery. He utilizes his experience in his writing to provide an expert viewpoint. His primary focus is spreading awareness by educating individuals on the topics surrounding substance abuse. He is a featured author of the healthcare website Addicted.org.

PREACHER’S POINT: Trust — where are you?

By Timothy Johnson Preacher’s Point We have reached a time in our country when trust is nearly nonexistent. As a... read more