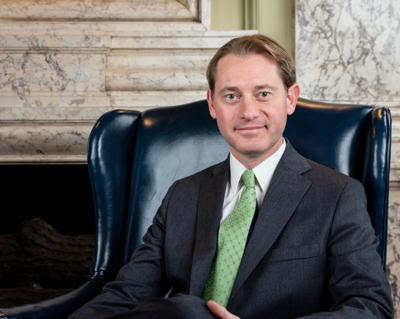 Adams said he is proud of that and for how successful voting went in June, noting the team effort across the state resulted in keeping everyone as healthy as possible during the COVID-19 pandemic and ensuring fraud was not taking place.

Although the June Primary Election was successful, Adams said his focus and energy is now focused on the November General Election to ensure the same outcome.

“A lot of people are saying, ‘What we did in June worked, so we should do the exact same thing in November,’ and that’s true to a point,” he said. “The reason that June worked is because we had a mix of absentee voting, early voting and Election Day voting, and I still believe we need that in November. We need to have all three for different options.”

Adams said he expects the turnout for the November election to be at least two and a half times greater than the June election because most come out to vote once every four years to help elect a president, without participating in other elections for local and state government.

He said those who typically do not participate in voting will be thrown into a completely new system unlike past elections.

“I think that the maximum ballots our system can digest without massive loss or slippage or voter error is maybe 800,000 to 1 million,” Adams said, noting there were roughly 800,000 absentee ballots during the Primary Election in June.

There were also 5 percent of voters who made mistakes whose ballots were voided because of a lack of signatures, two candidates selected for the same office or other directions that were not followed, according to Adams.

“A lot of people want us to all vote by mail, and they wanted this before there was ever a pandemic, but that’s just not realistic,” he said. “You disenfranchise a lot of people if you have that kind of a model.”

Adams said he wants to continue having absentee ballots available for those who feel they are at risk of the virus, including his three grandparents.

Adams also said he posted a sign-up on his website for poll workers because many of the usual workers declined their role in the spring out of concern for their health. He said there have been 300 individuals signing up to be poll workers since the launch of a sign-up form on his website.

“We need 15,000 poll workers, so we’ve got some time to get more poll workers. The number of sites we’ll have election day will depend on the people who are willing to be good citizens and be poll workers,” he said.

“I put a lot of deference on county clerks and the board of elections to decide the number of locations for the voting in June, and I think we reduced them much too drastically,” he said.

Adams said he especially received angry calls from locals across Harlan County because “it’s a big problem for counties who are large geographically when you have to go around a mountain to get to your polling site.”

“So, you’re not going to see the kind of radical reduction that you saw in June,” he said, promising there would be more than one location in Harlan during the General Election.

Harlan County Chamber of Commerce President Colby Kirk asked Adams about his thoughts on making Election Day into a national holiday so people would have the day off and the opportunity to vote.

“I don’t have any objection to making Election Day more convenient. In my plan to the governor, I actually proposed that we have Saturday voting hours to make it easier for those with differing lifestyles and work hours,” he said.

Adams said he ultimately has two problems with it, one being the state constitution is “very clear” that the election must be held on the first Tuesday after the first Monday in November.

“It would take a constitutional amendment for us to have a different Election Day,” he said.

He said although he has been asked questions about moving the November election, he does not have the power to do it and will not because he took an oath under the constitution, prohibiting that action.

“The other issue is this: If you did make that Tuesday a holiday, then everyone closes,” he said. “Even those on the left are opposed to making it a holiday because of the child care issues.”

For more information on the November General Election and the latest updates, go to the Kentucky Secretary of State website at www.sos.ky.gov.

Judge-Executive Dan Mosley said it is evident COVID-19 cases continue to decrease throughout the county as individuals continue to wear... read more