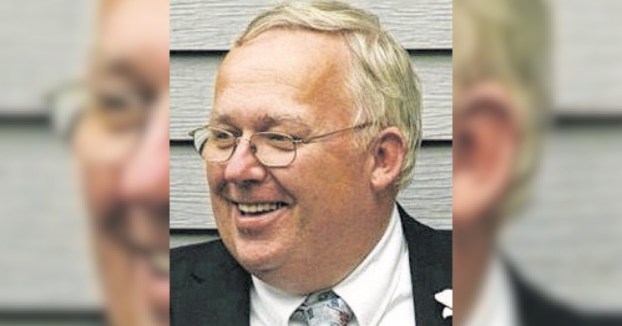 PREACHER’S POINT: There comes a point

Both aspects, love and consuming fire, are seen in the book of Jeremiah.

Israel had forsaken God and fallen into sin. The Israelites were so far into sin; they were no longer embarrassed by anything anymore (Jeremiah 6:15; 8:12). God had poured out blessing after blessing upon the nation, yet, they continued to fall deeper into sin and rebellion against Him.

God is long-suffering (Exodus 34:6; Numbers 14:18). But long-suffering has a breaking point; God will not put up with things forever. It is difficult to understand, but God still loves us, even after the consuming fire attribute of God begins to take over. God is not willing that anyone should perish, but, sadly, not everyone will come to repentance (2 Peter 3:9).

Because of Israel’s decades of sin, God decides to punish them. God will send Babylon’s invading army to Israel and take the Hebrews into captivity for seventy years. God announces the coming invasion as early as Jeremiah chapter one.

Move forward to chapter three, and God gives Israel one more chance. God tells Jeremiah to tell Israel to repent. If Israel repents God says, I “will not cause mine anger to fall upon you” (Jeremiah 3:12). In other words, turn from your wicked ways, and the invading hordes will not come.

Much of the early chapters of Jeremiah talk of Israel’s sin. The sins are too numerous to list here, but the main thing that broke the camel’s back, as they say, – they continuously turned their backs on God. Chapter eleven rolls around, and Israel’s one more chance has evaporated. Jeremiah 11:8-11, “Yet they obeyed not, nor inclined their ear, but walked every one in the imagination of their evil heart: therefore I will bring upon them all the words of this covenant, which I commanded them to do; but they did them not. And the LORD said unto me, A conspiracy is found among the men of Judah, and among the inhabitants of Jerusalem. They are turned back to the iniquities of their forefathers, which refused to hear my words; and they went after other gods to serve them: the house of Israel and the house of Judah have broken my covenant which I made with their fathers. Therefore thus saith the LORD, Behold, I will bring evil upon them, which they shall not be able to escape; and though they shall cry unto me, I will not hearken unto them.”

The message of Jeremiah changes from repent or else to judgment is coming; you cannot stop it – repent.

Some will argue that all that happens in Jeremiah is specific to Israel and has nothing to do with the United States. The problem with that thinking is that God commissioned Jeremiah to “the nations,” not just Israel. Jeremiah 1:10, “See, I have this day set thee over the nations and over the kingdoms, to root out, and to pull down, and to destroy, and to throw down, to build, and to plant.”

The principles of Jeremiah’s message from God also applies to America.

Regardless of how much history is changed – America was founded on Christian principles. Our three branches of government come from Isaiah 33:22. Our Declaration of Independence gives a direct reference to God the Creator several times. In the first one hundred or so years of our nation, the Supreme Court would often quote the Bible as their legal reference for decisions. America was the hub of Christianity, sending missionaries and evangelists around the globe. Christianity was the fabric of our nation. As we see the red on our flag, symbolizing the blood of soldiers that fought for our freedom, we should also remember the blood of Christ; shed to provide our deliverance from sin.

Unlike most nations of the world, America’s God was the Lord. That brought blessings from God but also brought responsibility to God (Psalm 33:12).

America took the Bible message around the world. Now the Bible is banned from our classrooms and is proclaimed a book of fables in our colleges.

The first God-given right proclaimed in our founding document is life. Now we murder by the millions, those who have yet to see life outside the womb. Our state legislatures are filled with cheers when laws are passed, making it easier to suck the life out of the most innocent.

Many of our Bible colleges no longer teach that Jesus is God. This is the definition of the “spirit of antichrist” (1 John 4:1-3).

Many churches have become entertainment centers instead of life-changing, heart-changing portals of the Holy Spirit.

In our twenty years of the twenty-first century, we have seen our nation attacked (9/11), major natural disasters, wildfires of greater magnitude and destructive power, economic turmoil. Currently, we are experiencing people being afraid to leave their homes. If the virus does not kill you, the riots in the streets will.

Has God’s message to America changed from “repent or else” to “or else is here – repent!”?

LIVING ON PURPOSE: Stand up, stand up for Jesus

By Billy Holland Living On Purpose We are living in perilous times and now more than ever I’m reminded of... read more