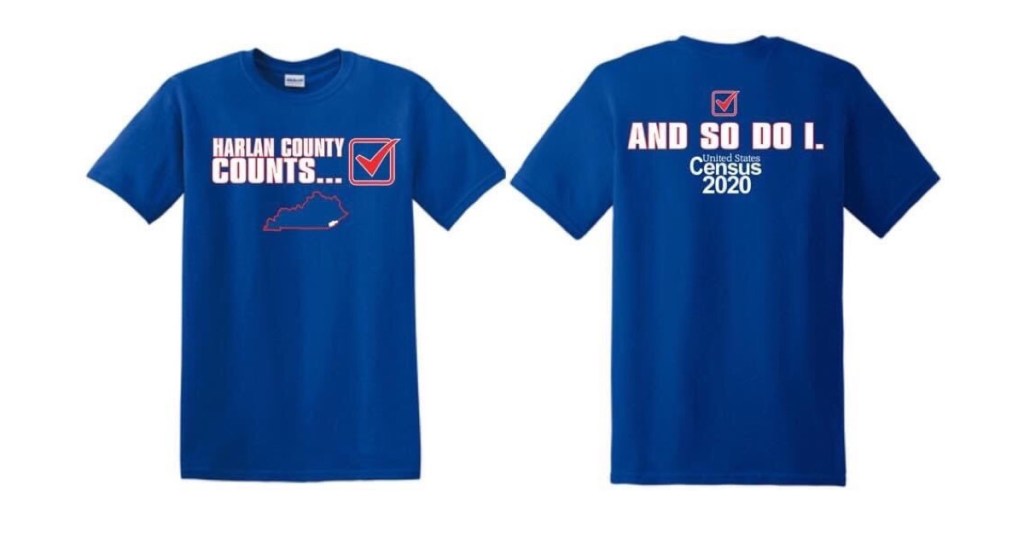 Locals have the opportunity to receive this 2020 Harlan Census shirt upon completion of their census form at workshops set up throughout the county in the month of June (while supplies last).

With the 2020 census well underway, Harlan County Judge-Executive Dan Mosley recently declared the month of June as “Complete your 2020 Census Month” to help promote the census and raise the county’s self-response rate.

Locals will also have the ability to complete their census with the help of summer interns stationed at various locations within the county and the opportunity to receive a 2020 Harlan census shirt for completing their forms (while supplies last).

In a Facebook post explaining the details, Mosley said the federal government uses the census to determine how funds are split between communities for roads, schools, hospitals and more.

“I believe Harlan County was severely undercounted in 2010,” Mosley said. “In 2010, we were 120th out of 120 counties in Kentucky on census self-response. That’s dead last! Let’s not let that happen again.”

“Citizens who come to one of these locations and complete their census will receive a complimentary ‘Harlan County counts… and so do I’ shirt, while supplies last,” Mosley said.

Mosley said there will be someone set up at the following locations and dates between 10 a.m. and 3 p.m.:

Mosley said the self-response rate in Harlan County was 14 percent approximately 10 weeks ago, and it has now risen to 32.4 percent overall.

Self-response rates in each of the county’s cities are: