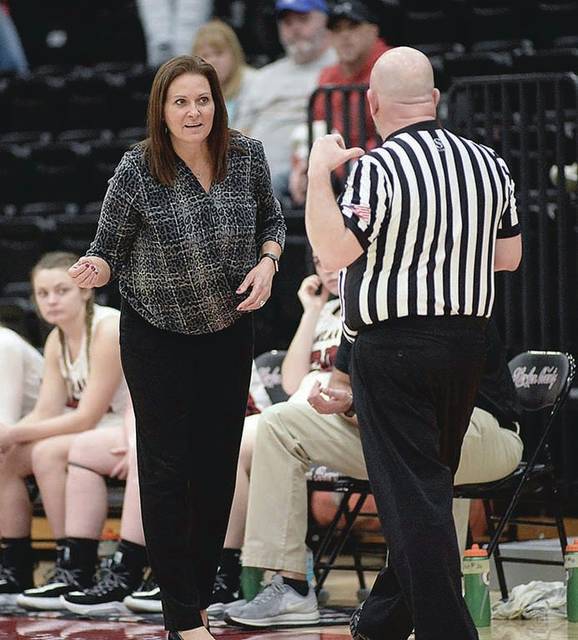 Debbie Green was let go as coach of the Harlan County girls basketball program on Thursday after six seasons.

Green out after six years as HC girls hoops coach

Debbie Green is out after six years as coach of the Harlan County High School girls basketball program.

She confirmed Thursday she was no longer coaching after a meeting with school officials, citing a difference of philosophy.

Green posted a 129-48 record in six years, leading the Lady Bears to their first 13th Region Tournament title in 2018 with a team led by her daughter, all-state guard Blair Green, who recently completed her second season with the University of Kentucky basketball program. Green took over for Anthony Nolan, who compiled a 132-48 record in six years.

The Lady Bears posted an 11-14 in Green’s first season, but then improved to 23-9 the next year and advanced to the 13th Region finals for the first or four straight years. HCHS was 28-3 each of the next two seasons, then dropped to 23-7 in 2019 and 16-12 this season. The Lady Bears fell to Bell County in this year’s 52nd District Tournament finals and lost to eventual region champ South Laurel in the first round of the 13th Region Tournament.

Green was an all-stater at Harlan High School and led the Lady Dragons to the school’s first 13th Region Tournament title as a senior in 1987. She signed with the University of Kentucky but transferred to Lincoln Memorial University and starred for the Lady Railsplitters for three years. She went on to coach at Middlesboro High School before moving to Harlan County in 2014.