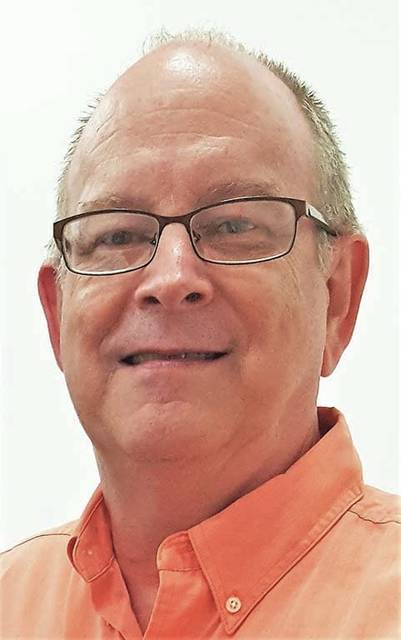 Nash had big impact on UK program in 60s

(Editor’s Note: For the next few months during our national crisis, longtime sports columnist Jamie H. Vaught will be writing about the ex-Wildcats who were featured in one of his first four books on UK basketball, using excerpts that were published in his out-of-print volumes. His latest book – fifth one in a series – was released in late February 2020.)

Cotton Nash, a three-time All-American who played for coach Adolph Rupp at UK during the early 1960s, is one of several former Wildcats who have appeared on the cover of the famed Sports Illustrated magazine.

In an interview for “Still Crazy About the Cats” book that was published in 1995, Nash said the magazine cover “was very flattering.” When that particular Sports Illustrated edition – which was a special college basketball issue – came out, Nash was a junior blond preparing for the 1962-63 campaign after an All-American season as a 6-foot-5 sophomore.

“I had been reading that magazine since I was a kid and here I was on the cover so I felt good,” said Nash from his Lexington home. “They had come for a picture shoot several weeks prior to that so I knew it was for the basketball issue. I didn’t know I would make the cover. I was dearly impressed.”

By the way, it was legendary Cliff Barker – one of UK’s 1947-48 Fabulous Five standouts – who played a key role in the recruitment of Nash for Kentucky. Although Nash played at three different high schools in three states, Barker coached Nash when the latter was a rising sophomore star at Jeff High in Jeffersonville, Ind., and they continued to stay in touch after the player moved to Texas and then Louisiana.

“I really enjoyed playing for him at the time and he was a subtle influence, probably more than I realized when I did make my final (collegiate) decision,” said Nash, who was also a baseball star at UK and briefly played major league baseball. “In fact, at Adolph’s urging, he was involved in the recruiting process. He said that I had the ability to play college ball, that coach Rupp was the best coach and that’s where I should be.”

Nash, who once held UK’s all-time leading scoring record from 1964 to ’70, said assistant coach Harry Lancaster was a very important part of Rupp’s basketball success on the floor.

Added Nash, “Rupp and Harry did have a lot of similarities but they always played the good guy and bad guy routine or cops where Adolph would be the bad cop and Harry the good cop. Harry often acted as Adolph’s executioner, too. The hatchet man. When somebody needed straightening out in a big way, Adolph would send Harry to do it. He was very versatile for Adolph and he was also very charming.”

Lancaster, who was also the head baseball coach at UK, later served as the school’s athletics director during the early 1970s.

Asked about his relationship with the Baron, Nash said, “It was up and down. We had a good relationship for a while. My sophomore year was good as I broke many records. And I wanted to top my sophomore year (performance), which was probably impossible. I played with a bunch of injuries in my junior year. I sprained ankles. I had a deep bruise in my foot which at times I couldn’t even walk on it. The only solution back then was Novocain. They gave me a shot.

“Rupp felt I wasn’t producing with 100 percent effort and I wasn’t because of my injuries. He couldn’t understand that. We got into several fights, you might say. But we straightened it all out and had a good relationship my senior year.”

Nash currently holds the school’s second-highest game total in rebounding with 30 snatches against Temple in 1961 and Ole Miss in 1964. (Bob Burrow and Bill Spivey holds UK’s all-time single-game record with 34 rebounds each.)

Nash, who also captured two scoring titles in the SEC, acknowledged that most sports fans remember him for his outstanding accomplishments at UK.

“I see people viewing me as a former UK player and nothing else,” he said in the book. “But I think it’s more important to note that I was on the short list of athletes who played professional baseball and basketball (NBA and ABA). To me, that was a whole lot more to accomplish that just playing college basketball.”