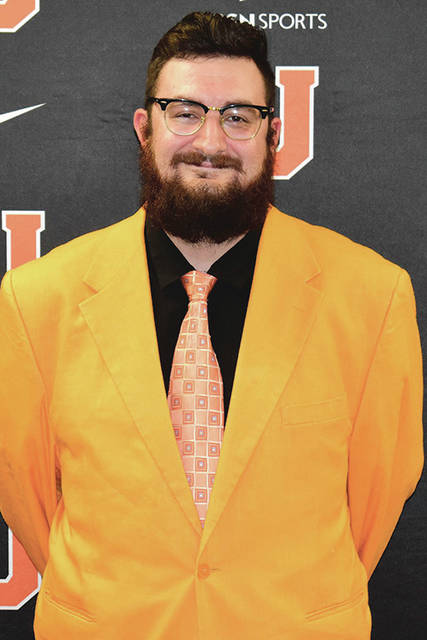 Director of Strategic Sports Communications Jay Stancil made the announcement on Wednesday.

Hughes officially began his new role on Feb. 1. Prior to accepting this position, Hughes served a graduate assistant for the sports communications offices of Union and the Appalachian Athletic Conference (AAC).

“We are very pleased to have Noah join our staff as a full-time member,” said Stancil. “He has already proven to be a valuable asset during his time as a graduate assistant, and I look forward to seeing him grow in this profession.”

“I am excited to take the next step in my career as the assistant director of sports communications at Union College,” Hughes said. “I am a big fan of all of the Bulldog staff, coaches and student-athletes, and I am delighted I get to continue sharing their stories.

“I am thrilled to continue working with and learning under Jay Stancil as well as continuing to work alongside Mason Elam. It is a true honor to become a full-time member of a department that is one of the best in the business.”

A 2019 graduate of Berea College, Hughes served as a student sports information supervisor at Berea from August 2018 through May of 2019. In this role, he oversaw the statistics for all of the Mountaineer sports, assisted in website updates, creating graphics and writing releases. From January 2017 to May of 2018, Hughes served as an athletic events supervisor at Berea.

Hughes spent the summer of 2018 as an athletics communication intern at Western Kentucky University. In this role, he helped in updating the Olympic sports record book, working on the football media guide and the redesign of several of the school’s athletic webpages.