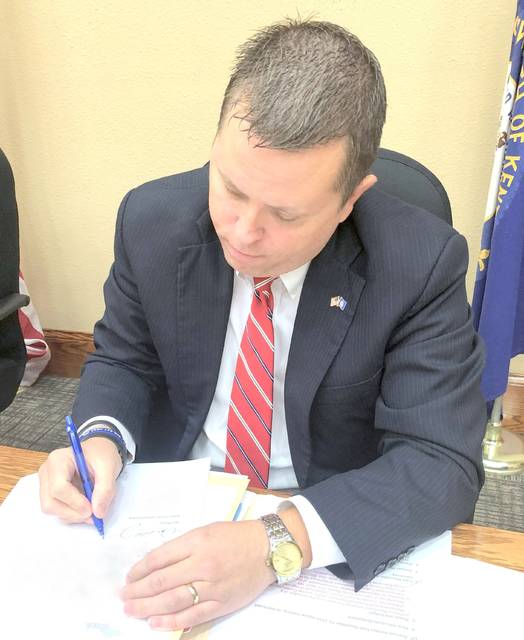 Harlan County Judge-Executive Dan Mosley drafted a letter to Governor Andy Beshear on Jan. 3 asking for an extension of unemployment benefits for those impacted by the Blackjewel bankruptcy in Kentucky. Nearing three weeks with no reply, families are worried about the financial toll they will experience to survive without the benefits.

Although the majority of miners impacted by the Blackjewel bankruptcy have seen replacement checks in their mailbox, another financial burden is arising with February quickly approaching — unemployment benefits are set to expire.

If the miners’ benefits do expire, those who have gone to pursue a higher education through college or a training programs may have no choice but to leave in order to make ends meet for their families.

In an interview with the Enterprise, Harlan County Judge-Executive Dan Mosley said he sent a letter to Gov. Andy Beshear on Jan. 3 asking him to use his power and extend the unemployment benefits for those impacted by Blackjewel’s filing for Chapter 11 bankruptcy in Kentucky.

Mosley also supplied a copy of his letter, which has yet to receive a reply after nearly three weeks of being mailed.

“I am writing today to ask you to do everything in your power to see that unemployment benefits are extended for miners in Harlan, Bell, Leslie, Letcher, Clay, Knott, Knox, Perry and Floyd counties that were impacted by the Blackjewel mining crisis that adversely impacted our miners and our communities in the summer of 2019,” Mosley said in his letter to Beshear.

Mosley explained how many of the miners remain unemployed due to a massive strain on coal mining operations across the region, noting other mines have issued their own layoffs over the last several months because of “the volatility in the coal market.”

“Many of these miners have gone on to other career training options. Some have even gone back to college to find another career path. However, without this unemployment income they simply will not be able to continue their efforts in becoming prepared for another employment solution,” Mosley said. “They will be forced to leave school and training programs just to try and make ends meet. As you know, that decision will not be healthy for their long term economic prosperity.”

Mosley also expressed his gratitude for everything the governor and other higher powers have done so far in helping the miners over the last several months, adding the amount of generosity shown toward the families has been heartwarming.

“Unfortunately, our unemployment rate in Harlan County remains the highest in the state and we experienced another layoff of 50 miners on Thursday at one of the most established mining operations in our county,” he said.

Mosley said with the completion of a build-ready site in Cumberland and by working closely with the Economic Development Cabinet, he hopes to find companies looking for a skilled and dedicated workforce like the miners and then locate to Harlan and “give our people sustainable, diversified jobs for years to come.”

“I ask humbly that you do everything you can to help these individuals who were the victims of a terrible situation by seeing that these unemployment benefits are extended,” he said to Beshear.