Sharing a blessed life through sports 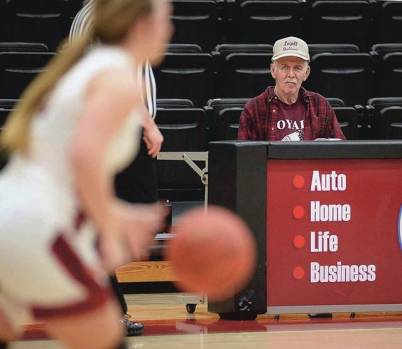 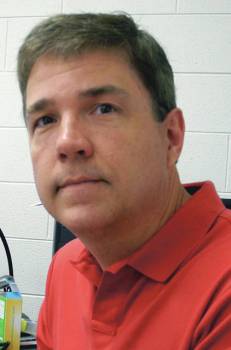 I’m not sure if I ever heard the phrase before I noticed Bill Ellis say it in response to someone asking how he was.

It was a standard answer for the question to anyone who asked over the past 30-plus years as I sat next to Bill at football and basketball games in press boxes and gymnasiums around Kentucky.

I’ve heard him say it hundreds of times, but not once did it come across as unauthentic — even after losing his wife, then his mother and then his son, Jeff, or after he started battling Parkinson’s disease a few years back.

“God helped me get through the loss of my mom, my son and my wife,” he said. “He took Carol, and I have no doubt she’s an angel today, but he gave me another wife, Tami, and we celebrated 22 years of marriage last year.”

Bill loved God and his family and sports and pretty much everyone he came in contact with, something that was obvious to anyone listening to his broadcasts of Harlan County sports over the past four decades. His broadcasting career came to an end, officially, a couple of weeks back with a retirement party at the WTUK offices in downtown Harlan.

A 1963 Loyall High School graduate, Bill went on to Southeast and then Cumberland College and eventually the University of Louisville where he earned bachelor’s and master’s degree while working at the local Kentucky Employment Office, a job he held for 26 years.

Bill always loved sports, especially basketball, and was a regular in pickup basketball games in gyms and courts around the county for decades. He was one of the best in his age group through the years and won two three-on-three Gold medals at the Bluegrass State Games in basketball in the 1980s on a team with Hubert Saylor, Raymond Cox, Ed Harris and Rick Smith. He also played in leagues in Dryden, Va., and Beech Fork.

“God knows how many friends I made playing ball,” he said. “Later I was able to use it to touch young men toward God. As far as I know, I never had an ill word toward anybody.”

Bill and Kenneth Sergent helped start a youth basketball league in Rosspoint and he coached the girls basketball team at Rosspoint in the early days of the sport in the 1970s and 1980s, posting records of 25-0 and 16-3. He also served as an assistant at Cawood High School under Basil Mills and Tom Mouyeos for a few years when his daughter, Kellie, played for the Trojanettes.

Malissa Sergent Lewis played on those early Rosspoint teams before going on to star at Cawood High School and then earning a scholarship to Western Carolina University.

“Bill was coaching the elementary team my first year of going out for basketball in the fourth grade. We had most of our practices on the blacktop court beside of the school. He was always encouraging and made my early years of playing ball fun,” she said. “When I was in high school, I would go practice on that same blacktop court in the summers. There was a smaller court below that some men would meet and play pick up games. Bill was much older than most of those guys, and I’d get a kick out of watching him take those younger guys to school on that court. Bill announced all of our basketball games at Cawood on the radio.After the games, there was always a pat on the back and encouraging words. Bill and his family were my neighbors in Rosspoint growing up and he called my games, along with my sister, my husband and his brothers and my sons.”

Bill also coached his son, Jeff, in both basketball and baseball.

“I was fortunate enough to be able to coach my son and daughter and that meant a lot,” he said. “I may have put too much pressure on them, but I wouldn’t take anything for the memories.”

Bill’s love for sports eventually found another outlet in broadcasting, mainly at WTUK. He started with Harlan Little League baseball games at Harlan on WFSR with Tony Turner and Neil Middleton and then after a break of a few years he returned and covered basketball and football for all the Harlan County High School teams from the late 1980s until 2008 when Harlan County High School opened. He then started covering the HCHS teams exclusively and was able to follow his grandsons — Josh, Aaron and Zach — all standouts for the Bears in the first decade of the school’s athletic program.

“Josh was the first to have a double-double at this school, then Aaron hit two free throws (to help HCHS advance to the regional finals in 2013) and Zach hit a shot to beat North or South in the regional tournament and then later he hit two free throws to win a game at Oneida Baptist,” Bill said. “I was also fortunate enough to see Scotty Russell break the rushing record and (Middlesboro’s) Dustin Wynn break the record for the longest field goal. There were a lot of other great memories.”

Bill started dealing with problems from Parkinson’s a few years back and eventually gave up football but stuck with basketball until he decided it was time to step away before the current season began.

“It affects my memory really bad and my stamina, but God will take care of it,” Bill said. “Tami always wants to help me, but I try to stay as independent as I can.”

Bill told a television interviewer on his retirement that he didn’t want anyone to feel sorry for him due to his illness. Like the countless listeners who turned the radio dial to his call of games over the years, Bill says he’s still blessed every day.