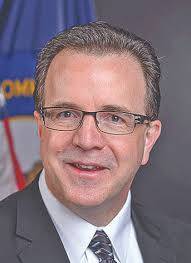 “Both Jonathan and Carlos bring a wealth of experience and talent to what I believe is the best executive staff in the Commonwealth,” said Harmon. “They bring much to my office as we strive toward greater accountability and transparency in all levels of government as part of our commitment to taxpayers to follow the data.”

“I am excited to be joining Auditor Harmon, who has spent the last four years working as an independent watchdog to make sure taxpayer funds are being used efficiently and ethically,” said Grate. “I look forward to being part of his team.”

“Auditor Harmon has assembled an outstanding team, and I am pleased to be joining his office,” said Felix. “Our technical infrastructure is an important part of what the Office of the Auditor of Public Accounts does in the outstanding work done by auditors, and I’m excited to bring my experience to APA.”

Grate comes to Harmon’s office from the Justice and Public Safety Cabinet, where he served for four years as Deputy Secretary. Prior to joining the Justice and Public Safety Cabinet, Grate worked for five years as a Staff Committee Administrator for the Senate and House Standing Committees on Judiciary. He also worked as a legislative analyst for the Legislative Research Commission. Grate is a graduate of the University of Kentucky College of Law.

Felix comes to Harmon’s office from the Commonwealth Office of Technology (COT), where he served more than two years as an Information Systems Manager, and also previously worked as a Systems Technician Specialist 2 and Network Analyst 2 with COT. Felix is a graduate of Kentucky State University, and also has prior IT experience with the Kentucky Department of Education and Kentucky Transportation Cabinet.