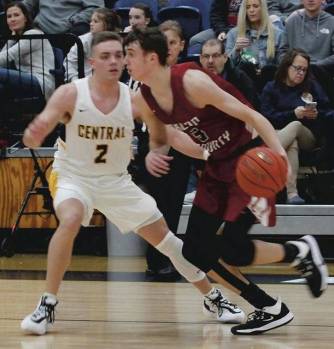 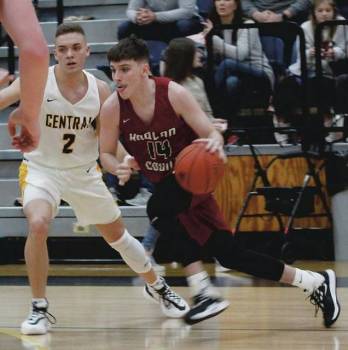 <p>John Henson | Harlan Enterprise</p> <p>Harlan County junior Tyler Cole drove to the basket during Thursday’s game at Knox Central. The Panthers improved to 10-2 with a 70-59 victory.</p> 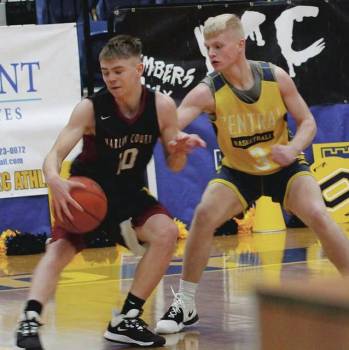 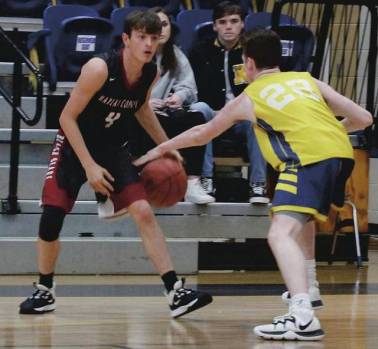 A 10-2 start to the season has been a pleasant surprise for Patterson, especially with senior guard Zach Patterson, the coach’s son, out for the first 10 games due to an injury. The Knox coach said he has been pleased so far, especially with a 70-59 victory Thursday over visiting Harlan County.

“I think most people would have laughed if you said we’d be 10-2 at this point,” Patterson said. “It’s good to see the kids respond the way they have.”

Patterson called the win over the Bears one of his team’s best. Knox shot a scorching 60 percent (27 of 45) in the win, even with a bad third quarter when the Bears turned a 10-point deficit into a two-point lead.

“This is a huge win for us against a quality team and quality coach. Michael (Jones) always has his teams ready and they are always very sound fundamentally,” Patterson said. “I liked the way we responded after Harlan County took the lead.”

“Knox shot the ball real well, but we didn’t do what we talked about before the game. We left too many people open,” said Jones. “We made too many mental mistakes.”

Knox hit its first four shots, capped by a 3 from Patterson, to grab a 9-7 lead with 4:35 left in the opening period. Noah and Wilson each hit 3-pointers to keep the Bears close until Sizemore heated up with a pair of 3-pointers. The Panthers hit seven of 10 shots in the first quarter, compared to three of 10 for HCHS, and built an 18-10 lead.

Jevonte Turner reeled off five straight points to answer baskets by Jackson Huff and Spurlock. Wilson, Spurlock and Josh Turner hit 3-pointers for the Bears who got as close as four late in the quarter before Knox closed with an 8-2 run behind two baskets from Jevonte Turner for a 36-26 halftime advantage.

HCHS went on a 17-6 run to start the third quarter as the Bears caused Knox problems with pressure. Wilson hit a pair of 3-pointers in the run, including one from NBA range to put the Bears up 43-42 with 1:50 left. Two free throws by Tyler Cole gave Harlan County a two-point lead before a basket by Turner tied it at 47 going into the final period.

“They turned up the pressure a little and our kids didn’t respond well,” said Patterson.

“We battled back in the third quarter and I was glad to see that,” Jones said. “We talked to our point guard about being more aggressive.”

Noah, the Bears’ eighth-grade point guard, had two baskets sandwiched around a 3-pointer from Wilson to put the Bears up 54-52 with 5:50 left. The Bears went over five minutes before scoring again as Knox reeled off 16 unanswered points, including two more 3s by Sizemore and a four-of-four effort by Turner at the free-throw line.

“He shot the ball real well,” Paterson said. “He was big for us in the regional tournament last year.”

The Bears rallied from seven down to take a one-point lead in the closing seconds of the junior varsity game, but a controversial walking call agains the Bears opened the door for a last-second putback by Kevin Turner to give the Panthers a 51-50 win.

Tristan Cooper and Jeremiah Clem scored 14 and 13 points, respectively, to lead the 3-2 Bears. James Gray and Josh Sergent each tossed in seven, followed by Daniel Carmical with six and Jonah Swanner with three.