Pulaski rallies for victory over HCHS 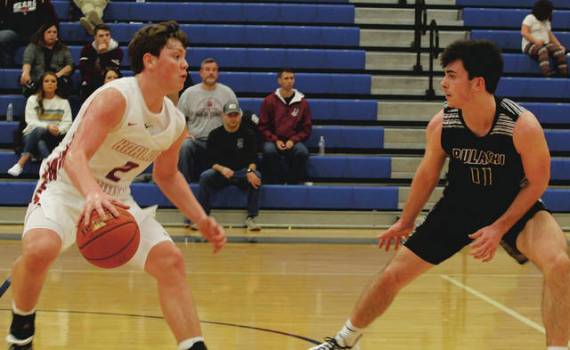 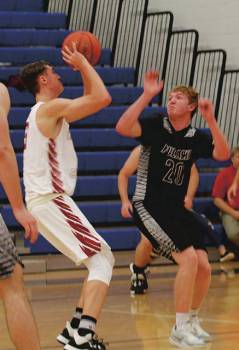 McKEE — When they were shooting almost 63 percent from the field in the second and third quarters to build a 13-point lead against Pulaski County in the PRTC Classic at Jackson County High School on Saturday, the Harlan County Black Bears looked like a team with enough talent for a regional championship.

When they were missing seven of 11 shots in the fourth quarter to let that lead slip away, the Bears looked like a team not quite ready to play with the regional heavyweights.

The difference, according to coach Michael Jones, was much more mental than physical.

“We’re not tough enough right now to make the mental plays down the stretch when the game is on the line,” Jones said. “I will take some fault for that for not resting these guys during the game. I told them I’m going to start playing some of these bench guys because we weren’t tough enough at the end of the game to close it out. You can’t get up on a team like Pulaski 14 points and let them come back. I told them in the locker room they would fight and crawl back in it because they were one of the best teams in their region, and we need to prove we were too, but when it came down to crunch time they made the plays and we didn’t.”

“Harlan County is a really good basketball team, and I feel they will be right there at the end. To come over here and get down 12 and have some grit made me really proud of our guys,” Fraley said.

Sophomore guard Zach Travis had a monster game for the Maroons, hitting 15 of 18 shots in a 32-point performance.

“He’s a really good player who started to come into his own late last season,” Fraley said. “As he continues to shoot the ball better, I think the sky is the limit for him.”

He’s tough and hard to guard,” Jones said. “But when you aren’t rotating defensively you leave people wide open and good players will knock down open shots, so part of that was our fault.”

“They shot the ball extremely well and we knew they had some guys who could shoot the 3,” Fraley said. “We told our kids we were playing hard even though they were shooting it well. We told our kids we had to get within six, then we got it to five. We finally got it tied in the fourth quarter. We showed some grit tonight.”

Harlan County had three turnovers in the opening three minutes as Pulaski grabbed an 8-3 lead with Travis hitting his first three shots. Wilson and Noah sandwiched 3-pointers around a basket from Spurlock to pull the Bears even. There were three ties late in the quarter including 17-all after Huff and Fraley traded 3-pointers.

The Bears hit nine of 14 shots in the second quarter and reeled off seven straight points behind Noah, Spurlock and Cole to go up 30-22. Five straight points by Cole pushed the lead to 11, then Wilson closed the half with a 3-pointer that extended the HCHS lead to 40-26.

Travis hit eight of nine shots in the third quarter to help Pulaski scratch themselves back into contention, even with Harlan County hitting six of 10 shots. The Maroons turned all four HCHS turnovers that period into points to get within six before Huff scored twice to push the lead back to 10. Fraley and Travis answered as Pulaski cut the deficit to 58-53 going into the final period.

Pulaski took a three-point lead with 2:50 left on consecutive baskets by Garret Heath and Travis, but a Noah 3 with 2:40 to play tied the game at 65. Two baskets by Sloan put the Maroons back up by three when Wilson’s tying 3-pointer rattled out with 32 seconds left. After Sloan and Noah traded baskets, the Maroons put the game away with two free throws by Fraley with 5.9 seconds to play.

HCHS missed five of six 3-pointers in the fourth quarter after hitting nine of 20 through three periods.

“We were attacking and getting to the basket in the first half, but then we started settling,” Jones said. “That comes down to being mentally tough.”

Harlan County (3-2) will play host to Middlesboro on Tuesday in a girls/boys doubleheader. Pulaski County plays host to Wayne County on Tuesday.