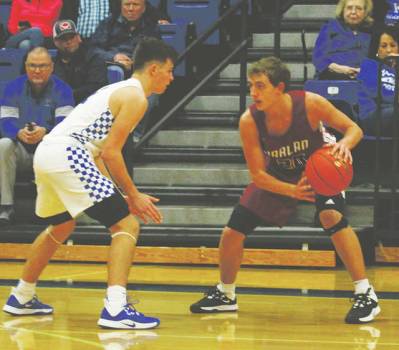 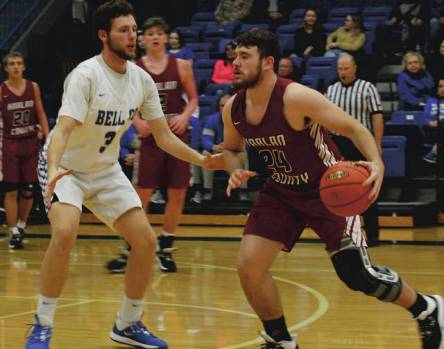 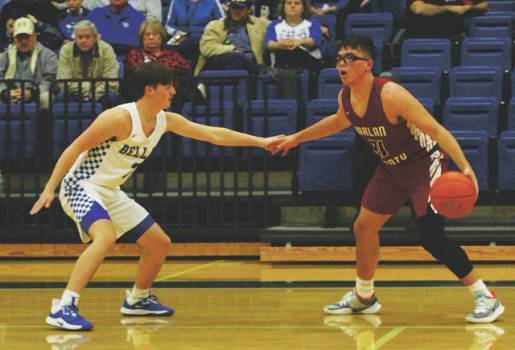 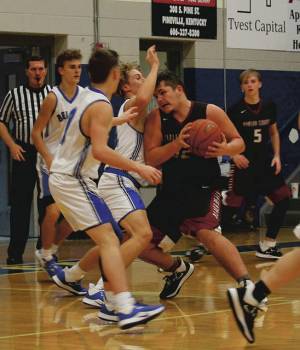 LOG MOUNTAIN — With all four 52nd District teams ranked among the top 11 in the 13th Region, Harlan County Michael Jones expects several down-to-the-wire game this season against district opponents. That’s what he got In the Bears’ district opener Thursday.

Down six with three minutes left in regulation, the Black Bears battled back to force overtime and took over from there on the way to a 65-59 win over Bell County.

“I’m proud of the kids’ effort. To be able to gut that one out while not playing our best offensively and having two of our best on the bench due to fouls makes me extremely proud. It was a huge district win,” Jones said. “Every district game we play will be like that. To be able to play in this atmosphere this early in the season can’t do anything but help us.”

Bell, with the majority of its roster still playing football last Friday in the 4A state finals, gave a great effort but could not overcome a nine-of-21 performance at the free throw line. The Bobcats also missed nine of 10 shots in overtime after hitting five of six in the fourth quarter.

“I thought the kids played really hard. I was pleased with what we did. It was way better than Saturday (a season-opening loss to Barbourville). It will take us a few weeks to figure it all out,” Bell County coach Brad Sizemore said. “We’ve had 13 guys from football with two days of practice. Not making an excuse, but they played really hard. I thought we did a pretty good job. We just have to make free throws. You can’t beat a team like Harlan County doing that. Coach Jones always does a good job, and they have a really good team. You just don’t have a lot of room for mistakes in a game like this.”

All five HCHS starters reached double figures, led by Tyler Cole with 14 and Trent Noah and Jackson Huff with 13 each. Taylor Spurlock and Jacob Wilson added 10 each for the 3-1 Bears.

Stepp hit back-to-back 3-pointers to put Bell up 53-47 with three minutes left, but the Bears battled back as Spurlock scored on a putback and Cole and Noah each hit two free throws to tie game with 1:30 left. Woolum hit one of two at the line, then Burnett missed the front end of a bonus. Josh Turner scored on a putback with 25 seconds left to give HCHS a one-point lead. Stephney hit one of two at the line with nine seconds to play. Wilson had a chance to win in regulation but failed to connect.

Burnett gave Bell a brief lead in overtime as he hit one of two at the line, but then Cole banked in a shot to put HCHS up by one. After Huff and Woolum traded free throws, each hitting one of two, freshman Daniel Carmical hit the biggest shot of the night with a 3-pointer from the corner with 1:05 to play. Four straight free throws by Wilson, who took over at point guard with both Noah and Spurlock out due to fouls, put the game away. Turner was also big for the Bears with three of his team-high nine rebounds in overtime.

“Jacob has played point before, and I was comfortable with him out there,” Jones said. “Josh had a huge offensive rebound for us in overtime. Carmical hit a huge shot, and I told him not to hesitate. Jackson hit some big shots also, and I thought he also played well defensively and rebounded well, especially at the end.”

Burnett and Woolum each had two baskets in the opening quarter as the Bobcats took a 14-12 after one period. Noah led the Bears with two baskets while Huff and Wilson each hit 3-pointers for HCHS.

Baskets by Stephney and senior center Jon Wilson gave the Bobcats their biggest lead of the half at 23-18. A Spurlock 3 and Noah basket off a drive cut the deficit to two with 1:50 remaining. Stephney and Huff traded 3-pointers in the final 95 seconds of the half as the Bobcats took a 28-26 lead into the locker room.

Freshman guards Jonah Swanner and Jeremiah Clem scored 16 and 12 points, respectively, as Harlan County improved to 3-1 in junior varsity action with a 50-40 win.

Daniel Carmical added seven for the Bears, followed by James Gray with six, Tristan Cooper with five and Josh Sergent and Dylan Hicks with two each.