SKCTC names Students of the Month for November 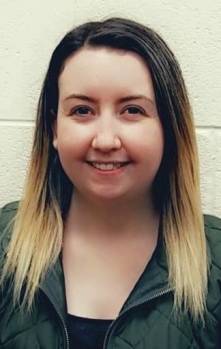 Southeast Kentucky Community and Technical College has named its Students of the Month for November.

The Harlan campus has named Kaitlin Rowe as its student of the month. The single mother of three small children says she chose Southeast because it is “affordable, close to home, has a friendly atmosphere, and the classes that I needed towards my major in psychology were offered.”

On the Cumberland campus, Destanie Hatmaker, of Harlan, is in her first year of study with plans to enter the Nursing Program. She says she chose Southeast because she wanted “a valuable, high quality education close to home.”

Each SKCTC campus has a Student of the Month selection committee appointed by its campus director. In making its choice, the committee weighs criteria such as academic performance, extracurricular activities, work ethic, helpfulness to others, and whether the student has had to overcome significant barriers in achieving academic success.