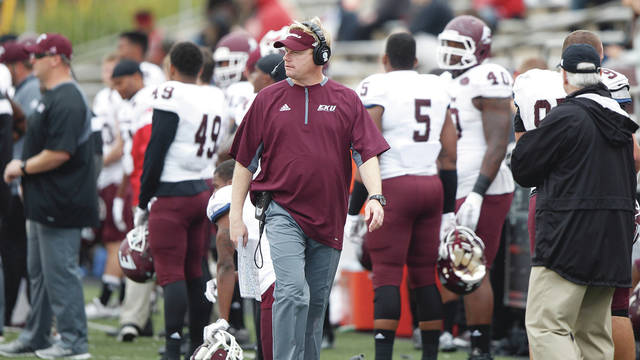 “I’m excited to be back and be the head football coach at Eastern Kentucky University,” said Wells. “This is a place that is very close to my heart, and my wife Jennifer’s heart. Our daughter was born here and I look forward to bringing my son here too. EKU has a proud tradition and I look forward to continuing that tradition.”

Wells was part of Kidd’s staff that won the Ohio Valley Conference title in 1997 and was the team’s tight ends coach from 1997-99 and was offensive line coach from 2000-2002. Wells also has coached at Cumberland, Western Kentucky, South Florida and New Mexico State.

“Walt’s familiarity with EKU and his knowledge of both FCS and FBS football will serve him well as the new head coach of the Colonels,” Eastern Kentucky interim Athletics Director Mark Sandy. “I welcome Walt and his family back to EKU and look forward to seeing him continue the championship tradition of Colonel football.”

Wells said becoming the coach at EKU has “always been a career goal of mine.”

“EKU football has, and will always be, A Matter of Pride,” Wells said. “I appreciate (board) Chairman Lewis Diaz, President Benson, the Board of Regents and Mark Sandy for this opportunity. Jennifer and I look forward to bringing our family back to Richmond and getting to know the members of this community.”