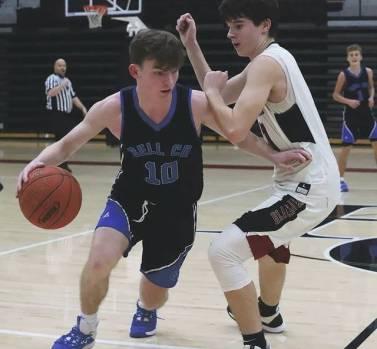 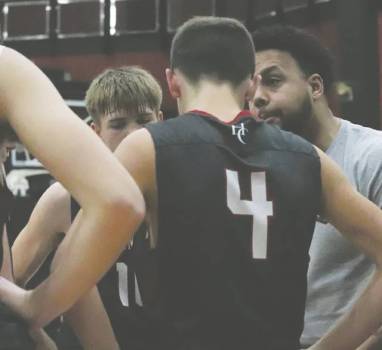 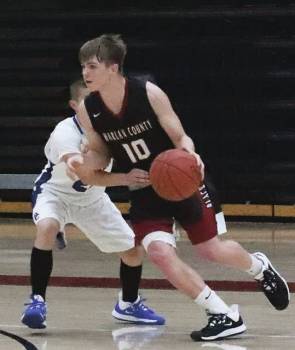 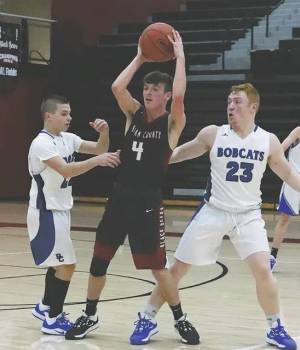 The Harlan County freshmen continued their impressive start, improving to 2-0 with a 53-22 win Monday over visiting Bell County.

Daniel Carmical and Jonah Swanner provided a potent 1-2 threat on offense as Carmical scored 14 and Swanner added 11. Tristan Cooper was strong on the boards and contributed nine points.

A Carmical trey started a 7-0 run to end the first quarter. Dalton Hicks added a basket and Carmical hit two free throws for a 13-3 lead.

Carmical and Jeremiah Clem hit back-to-back 3-pointers, then Swanner scored of a steal and Dylan Hicks added a layup as the Bears’ advantage grew to 31-10 at halftime.

Two baskets by Swanner, one by Josh Sergent and a 3 from Cooper pushed the lead to 43-19 going into the final quarter.

Sergent, Carmical, Chase Sizemore and Clem had baskets for HCHS in the fourth period.

Junior center James Gray and Carmical scored 14 each and Swanner added 11 as HCHS (2-1) overcame a slow start to win 56-39 in junior varsity action.

Swanner, Gray and Carmical sparked a 9-0 run to open the second quarter as the Bears overcame a four-point deficit. Bell pulled within one on a basket by Chance Baker before Swanner and Carmical took over and gave Harlan County a 25-17 lead at the break.

Carmical had two baskets and a 3-pointer to start a 12-3 run in the third quarter that pushed the Bears’ advantage to 37-20. Bell battled back to within nine early in the fourth quarter before Cooper and Clem scored to highlight a 10-1 run that put the game away.

Both teams return to action Thursday at home against Leslie County.