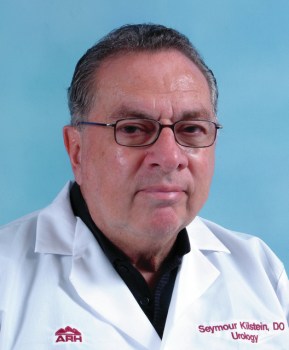 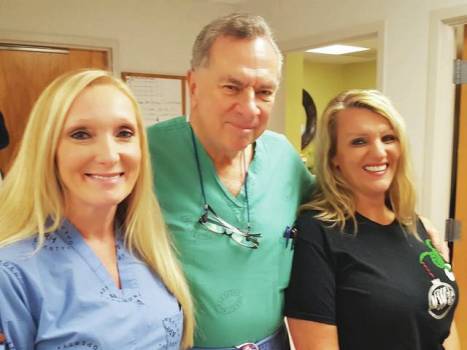 Eleven patients have successfully completed low-intensity shock wave treatments since we began providing these services in Harlan a few months ago: Nine for erectile dysfunction and two for Peyronie’s Disease, a painful curvature of the penis.

All 11 patients received four to six treatments in the office. As there is no pain associated with these eight-minute treatments, no anesthesia is necessary. The Peyronie’s Disease patients had their pain relieved and the curvature improved after four treatments. All nine ED patients have had very good to excellent results, and most are having spontaneous erections.

A great “shout out” goes to two women who allow me to work more efficiently and effectively in the hospital. Rhonda Christian has been my scrub nurse in the operating room for three years. She does a spectacular job. She not only anticipates what I need in the OR but allows me to concentrate on my surgery. I never have to worry about what instrument I need because she anticipates my every move. Because of her level of professionalism, I am always able to concentrate just on what I am doing surgically.

She has great faith in me and I have the same in her. A short time ago, she made a comment that made me feel good. I was trying to place a stent (a small tube) into the kidney via a cystoscope. The ureter (the vessel that carries urine from the kidney to the bladder) turned in a 90-degree angle, making the procedure very difficult. After a few tries, I was able to succeed and she said, “I knew you could do it, because you never give up.” It made my day knowing she believes in me.

Mary Ward is a gem. All I can say about her is summed up by the word, “wow!” She is my nurse practitioner, my scribe and much more. Without her, I should not be able to practice in Harlan and could never give each patient the time they deserve.

If you are one of my patients, you know that at the end of every visit you will sit face-to-face with me in my consult room. We’ll have time to review my findings, your diagnosis and my recommendations; and maybe UK sports.

It is rare for many physicians to find the time to do this and none of this would be possible without Mary. Over 60 percent of physicians suffer from burnout. Many of plagued by the time constraints caused by what it takes to use the electronic medical records. Much more time these days is spent with the EMR than with the patient.

Without Mary, I could not function the way I do and her work exceeds my greatest expectations. She is a highly capable nurse practitioner as well. She has been eager to learn “all about” urology. I am happy to teach her new things every day. I truly believe she will attend medical school and become a great physician in the not-too-distant future.

Before I go, I can’t resist giving a shout out to Mr. Trump. I held off until after our most recent elections so no one could accuse me of influencing their vote. Trump was astounded that Turkey purchased an air defense system from Russia, which will endanger our jets at our airbase in Turkey. He threatened them with sanctions. Shocking!!

Trump abandoned our allies the Kurds and allowed Turkey to slaughter hundreds of their soldiers. More than 100,000 men, women and children had to abandon their homes. He threatened Turkey with sanctions. Imagine losing your home and having to walk a hundred miles to a safe area.

He acted alone. His military advisors and congressmen from both parties urged him not to do this. Our allies warned of the consequences. He said “he” was a man alone on an island and proceeded to ignore everyone’s advice.

After our allies were attacked and 20 miles of border lost, he sent his vice-president to obtain a ceasefire. Unfortunately, a day before Vice President Pence met with Turkey, Russia made a deal to occupy that critical border, giving them a foothold in the area.

Depending on which reports you believe, hundreds or as many as 12,000 ISIS prisoners were let go. Trump declared the ceasefire a victory for democracy and agreed to life all threatened sanctions. That’s like saying the Houston Astros had a great World Series because they won three games out of seven. Trump then sent our troops back to guard Syria’s oil field, and now he is surprised that ISIS still exists!

Lastly, there’s always UK basketball. It was a great beginning and Maxey looks like the real deal, but teams can never rest on their laurels and should never, ever overlook anybody. It was a wonderful win over No. 1 Michigan State but then the luster was dimmed by losing to Evansville and struggling to beat Utah Valley. If this is going to be UK’s year, they better get it going. Go Big Blue!

Seymour Kilstein, DO, is a urologist at the ARH Daniel Boone Clinic.