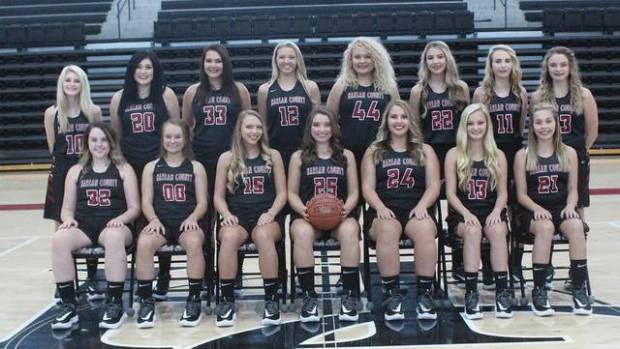 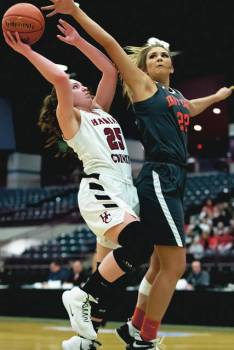 With four straight trips to the 13th Region Tournament finals, the Harlan County Lady Bears on the 2020 roster have known nothing but success throughout their high school careers.

Debbie Green is counting on that tradition to help this year’s young squad exceed expectations and rebuild on the run. The Lady Bears lost four senior starters from last year’s 23-7 squad that won a third straight 52nd District title. The Lady Bears were hit hard by graduation the previous year also, losing three of their top six players from the program’s first regional championship squad, including all-state guard Blair Green, who is now at the University of Kentucky.

“Our girls know how to win. They’ve never lost a district championship and they’ve been to the regional championship every year of high school,” Green said. “They have a lot of confidence and high expectations. They know what it takes to win and how hard you have to work.”

Senior forward Morgan Blakley is the most experienced Lady Bear returning, averaging 8.5 points and 6.3 rebounds per game as a starter last year. Blakley also had a big summer, taking over as the team’s most consistent scorer.

“Morgan is our leading returning scorer and rebounder who always gives us a lot of hustle and effort,” Green said. “She helps push the tempo for us and is a good leader with high expectations. She knows what it takes. She really took on a big scoring and rebounding load for us this summer.”

Hannah Wood, last year’s sixth man, takes over as the starting point guard as a senior. Wood is the team’s best 3-point shooter and ball handler.

“She has a lot of maturity. Playing and practicing with the kids we had the last three years gave her a lot of valuable experience,” Green said. “She knows how to manage our team. I expect a lot of leadership from her. We also expect to get more offense from Hannah because she is a good shooter and can get to the basket. We need her to push the ball up the floor and handle pressure.”

Junior guard Kelly Beth Hoskins will be counted on to provide another 3-point threat, and Green is expecting more consistency this season.

“She has also played behind some very good players and had a really good preseason. She is working hard,” Green said. “Her ball handling has gotten better and she is a good shooter.”

Kassy Owens, a 5-11 junior, will take over as the Lady Bears’ top post player after a strong junior varsity campaign last season.

“She has had a good summer and preseason. She is a good rebounder who is a good athlete all the way around,” Green said. “We will rely on Kassy for scoring and rebounding. I think she will help us a lot this year.”

Sophomore guard Jaylin Smith showed in last year’s junior varsity season that she is capable of getting to the basket and could be one of the team’s most improved players.

“Jaylin had an awesome summer and preseason,” Green said. “She is a slasher who can get to the basket and draw fouls. She is a hard-nosed player with a lot of grit.”

Sophomore guard Jaylin Preston provides a defensive presence off the bench and could also help with ball handling duties.

“She is getting better every practice,” Green said. “She is really quick and she can handle the basketball and get to the basket. She isn’t intimidated by anyone. She just needs more experience, and I think we will get better as the year goes on.”

Senior forward Dixie Ewing is back after missing last season with a knee injury and will be counted on to help the Lady Bears in the post.

“I think Dixie will really help us late in the year as she works back from an ACL injury,” Green said. “She has some nice moves to the basket and is getting quicker. She is a good rebounder and a good leader. She can really help us if she can get back to 100 percent.”

Several freshmen could also play a role on the varsity, led by guards Hailey Austin and Tatum Griffin and 5-11 center Taylor Lunsford.

“Austin is a good defensive player who can shoot the 3 and get to the basket,” Green said. “Taylor has gotten.a lot better, especially finishing around the basket. Griffin has got a lot of grit and is very quick and can shoot the 3.”

Without some of the elite athletes they’ve had the past three years, the Lady Bears are adjusting to take advantage of their strengths.

“This team might have to do things differently, especially on defense, but this is one of the most coachable teams. I’ve had,” Green said. “They are hard working kids who will give me everything they have. I’m enjoying working with this group.”

Expectations remain high, even though the Lady Bears weren’t ranked as high in the preseason as the past several seasons.

“They don’t expect anything less than a 20-win season and a district championship,” Green said. “You have to take it one game at a time once you get to that point. We’re not one of the top three or four teams in the region this year going into the season, but we had a good summer and we think we’ll continue to get better.”