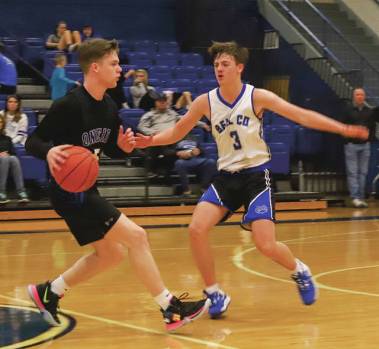 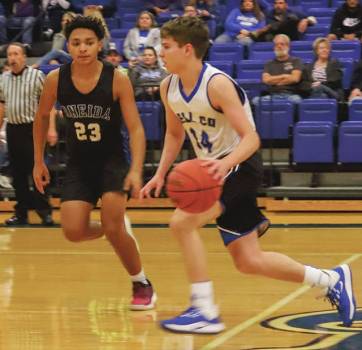 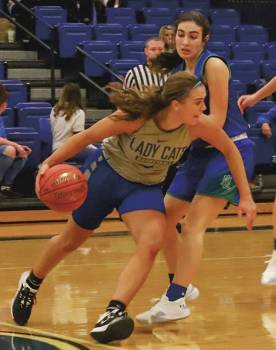 LOG MOUNTAIN — With the Bell County football team still alive in the 3A football playoffs, the Bell County basketball team was left with a skeleton crew on Monday for a scrimmage against visiting Oneida Baptist. Bell stayed close for a half and was tied at the break before the Mountaineers went on a 24-16 run in the third quarter on the way to a 71-57 victory.

Bell had eight players in uniform for the scrimmage, with 10 players unable to play due to a football playoff game on Friday against Taylor County. The Bobcats were without four key players, including senior guard London Stephney and sophomore forward Cameron Burnett, both starters last year. Senior forward Jason Jones and sophomore guard Dawson Woolum, both possible starters, also sat out the scrimmage.

OBI led 12-6 after one quarter as both offenses struggled to finish. Wilson reeled off five straight points to give Bell a lead early in the second quarter. Woods answered for the Mountaineers and the lead changed hands numerous times before Hall hit two free throws in the closing seconds to tie the scrimmage at 28-28.

Estep hit two 3-pointers and Hall took over in the post as OBI grabbed control in the third quarter. The Mountaineers led by as many as 18 points in the fourth quarter.

Bell County led through much of the first half and trailed by one at halftime in a girls scrimmage to open the evening, but defending 13th Region champ North Laurel rode an onslaught of 3-pointers to take control in the second half on the way to an 82-53 victory.

Ashtyn Meyers and Abby Harris each scored 11 to lead Bell County, the runner-up in the 52nd District last season.