Bears coast past Buckhorn in scrimmage 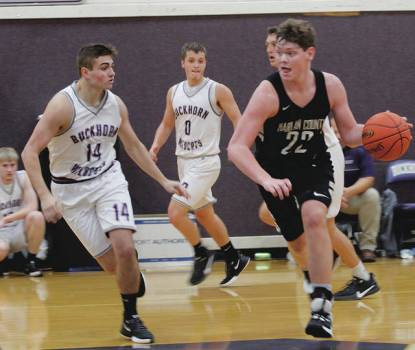 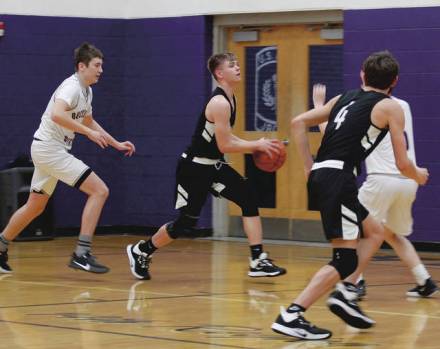 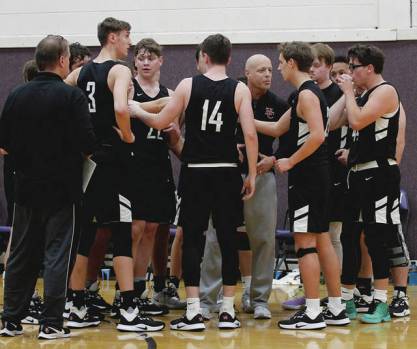 <p>John Henson | Harlan Enterprise</p> <p>Harlan County coach Michael Jones talked to his team during a timeout in Saturday’s scrimmage at Buckhorn. The Bears won 67-48 and will play at South Laurel on Friday in their final scrimmage.</p> 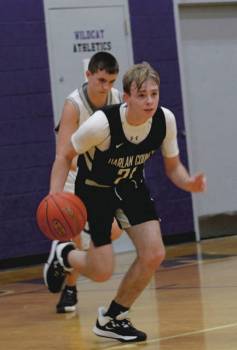 BUCKHORN — Showing the ability to score from the perimeter and through penetration, the Harlan County Black Bears led from start to finish Saturday in a 67-48 scrimmage win at Buckhorn in a matchup of two teams ranked in the top six in their respective regions

HCHS came out hot early, building a 12-0 lead on baskets by Cole and Spurlock followed by back-to-back 3-pointers from Huff. The Wildcats fought back to within six before Spurlock and Noah each drained 3s for a 21-12 lead after one period.

Bowling brought Buckhorn back to within six twice early in the second quarter before Spurlock took over, hitting two 3-pointers in a 9-2 run that also featured a a basket by Huff. A basket by Josh Turner pushed the HCHS lead to 13 late in the half before Bowling closed the period with a pair of free throws to cut the deficit to 34-24 at the break.

Noah hit back-to-back 3-pointers early in the second half, then Huff and Spurlock scored on consecutive trips as the Bears’ lead grew to 18. Collins and Bowling brought Buckhorn back late in the period, trimming the lead to 46-35.

The Harlan County lead expanded to 18 midway through the fourth quarter as Spurlock had two baskets and Cole hit four free throws. Harlan County built its biggest advantage at 20 on a basket by Elisha Smallwood and a free throw from freshman Jeremiah Clem.

Harlan County will play its second scrimmage on Friday at 4:30 p.m. at South Laurel against 2nd Region power Christian County. Harlan will play Garrard County after the HCHS scrimmage.

Harlan County raced to a 15-1 lead after one quarter on the way to a 63-49 victory in junior varsity action.