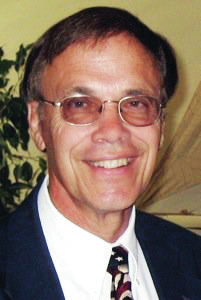 Fallout from President Donald Trump’s pullout of 28 soldiers from Syria has brought globalist of both political parties to the front in opposition. Turkey used the pullout as an excuse to invade Syria in a centuries-old conflict between themselves and the Kurds who were paid heavily by the American taxpayer to help the United States round up the last remaining fragments of ISIS. With that done the rational for staying in Syria vaporized. Globalist networks did site as rational for withdrawal, Trump’s fulfilling a campaign promise to bring home American troops, but all networks, including Fox, failed to share the military industrial complex part of the story. This we share.

What Trump is about is the most massive change in American foreign policy in a hundred years. We will no longer fight, be wounded, die, and fund endless wars where we have little or no defensive interest. We will no longer serve as the policemen of the world or of the world governing United Nations. Globalists and globalism are out of power—at least in the Trump Administration.

This is the real reason for the three-year-long never-ending multiple impeachment attempts, started even before Trump’s inauguration. Why? Because this is the only president that could not be purchased, controlled, or at least managed, by Wall Street’s globalist special interest group, The Council on Foreign Relations (CFR).

If this is new to readers, hundreds, including previous columns of this columnist, have documented this organization’s globalist aspirations and the power it has had in all elections and administrations since its founding in 1921. The extent of one’s ignorance of this organization demonstrates the power this largely secret combination has had over education, all national medias and government.

So what did the globalist establishment medias omit from the news? That war industries profit from war, thus love war—the same message that President Dwight D. Eisenhower shared in his final address as president, January 17, 1961, warning of the dangers of the military industrial complex.

Globalists, often called the establishment or the deep state, prefer world-wide open borders, the eventual transfer of all political power to international levels, and eventually world government. National sovereignty is their enemy—thus their hatred of Trump’s America first policy. Patriots prefer freedom from excessive government, independence from any governing entity other than Congress, patriotism, and today, the Constitution as written. The choice is uncannily similar to the that of Americans in 1776 — liberty.

Trump told reporters who slammed him “for abandoning the Kurds” by removing 28 soldiers manning the border between they and the Turks. “We don’t have to fight these endless wars. We’re bringing them back home. That is what I won on.”

Then he identified the real issue, “Some people—whether you call it the military industrial complex—or beyond… would like me to stay …They want me to fight forever. They do very well [financially] fighting. That is what they want to do, fight. A lot of companies want to fight because they make their weapons based on fighting—not based on peace—and they take care of [employ] a lot of people.”

Trump explained, “I want to bring our soldiers back home. We are not a police force, we are a fighting force. We are the greatest fighting force ever. I spent 2 1/2 trillion dollars over the last almost three years rebuilding our military. When I took it over it was an absolute mess. It was totally depleted.” Now, he adds, “We have the most powerful nuclear base by far in the world. We have things that we never had before.”

Continuing, “We have a great modern military but that does not mean that we are going to waste it. It does not mean that we are going to deplete it like we did before with these crazy endless wars. So, Turkey and Syria will hopefully work it out between themselves. Hopefully ISIS [prisoners] will be guarded” because “Russia, Iran, Syria, and, to maybe a slightly lesser extent, Turkey, they all hate ISIS as much as we do. And, it is their part of the world. We are seven thousand miles away (emphasis added)” (MSNBC Press Release with Italian President Sergio Mattarella. October 16, 2019).

Trump is returning American sovereignty to America and all globalists hate him for it. They will do anything to destroy him. This is what the globalist media outlets have not shared. This omission was intentional.