Trojanettes down Evarts in championship showdown 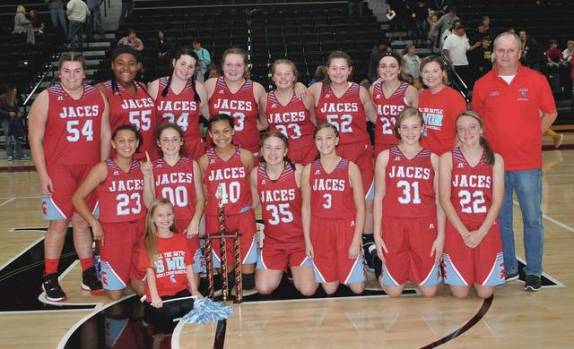 <p>John Henson | Harlan Enterprise</p> <p>James A. Cawood won the seventh- and eighth-grade county championship with a 49-36 win over Evarts on Saturday at Harlan County High School.</p> 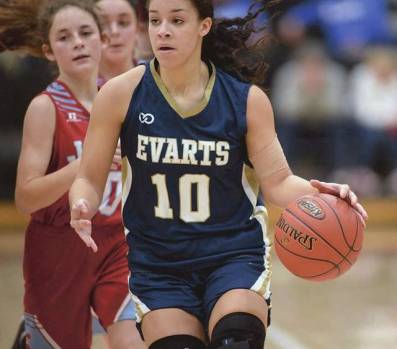 <p>Chris Jones | Harlan Enterprise</p> <p>Kylie Noe scored 20 points to lead Evarts in a 49-36 loss to James A. Cawood in the seventh- and eighth-grade county tournament finals on Saturday.</p> 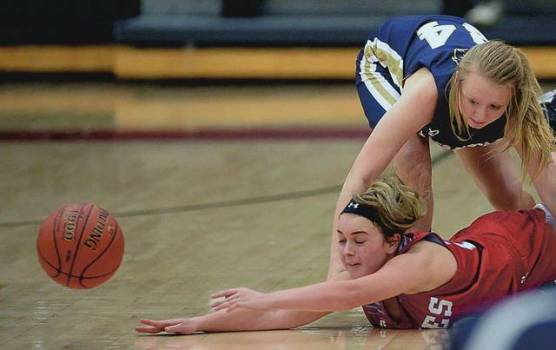 Even through a perfect regular season, the James A. Cawood Trojanettes knew what awaited them in the county finals.

The much anticipated showdown against Evarts, the team that defeated the Trojanettes in last year’s semifinals, lived up to expectations, at least until JACES pulled away midway through the fourth quarter on the way to a 49-36 win on Saturday at Harlan County High School to complete a perfect 18-0 season.

“We knew Evarts would bring their best game. They always do against us,” James A. Cawood coach Shelby Burton said. “I told them from the beginning it would be touch and go, but they had to stay in the game mentally and they did. It all came together for us tonight.”

Evarts stayed close despite losing standout guard Ashley Preston to a knee injury in the first quarter. The Lady Cats trailed by three with five minutes left when Kylie Noe, their other star guard, went out with her fifth foul. The Trojanettes closed with a 12-2 run.

“Kylie handles the ball very well and she really stepped up tonight. We’ve been her grow up and mature, but she had a lot of help tonight,” Burton said. “We were able to get the ball In the post quite a bit.”

Paige Phillips added 12 points as she hurt the Lady Cats several times in transition with her athleticism. Abbi Fields provided an inside presence with 10 points.

The Trojanettes also held a big advantage in bench production as Juleaa Smith and Fasha Fields provided a spark off the bench.

“My goal for Julie was to cause problems on defense. She is so quick and graceful on defense and creates a lot of problems for people,” Burton said. “Our bench was big for us tonight.’

Noe, who helped lead Evarts to county titles in both divisions last year, led the Lady Cats with 20 points.

Phillips scored twice early as JACES built an 8-4 lead. Evarts fought back and took a 12-10 lead at the end of the period on a basket by Kaylee Clark.

Noe’s basket pushed Evarts’ lead to four in the second quarter as the Trojanettes went almost three minutes without scoring. Phillips, Fields, Skylar Shepherd and Jones had baskets in an 8-0 run that put JACES up by four. Noe helped cut the deficit to 20-18 by halftime.

After several lead changes in the third quarter, including Noe’s three-point play with 2:39 left to put Evarts up 28-27, the Trojanettes took control with a 10-0 run sparked by two Phillips baskets in transition.

A Clark basket and Noe free throw pulled Evarts within three, but Jones took over when Noe exited. A three-point play by Jones followed by a putback from Fields pushed the lead to 11 with 3:25 left.

Both teams struggled at the free throw line as JACES hit five of 21 and Evarts connected on 11 of 33.

Burton expects many of the players on the floor in the championship game to play key roles at Harlan County High School in the next several years.

“There are competitive kids on both teams. There is great talent on both teams,” Burton said. “Harlan County is going to be blessed the next couple of years. I’m more anxious to see these kids play together than apart.”

Cawood took control in the second quarter and pulled away in the fourth period for a 37-21 win over Rosspoint in the third-place game.