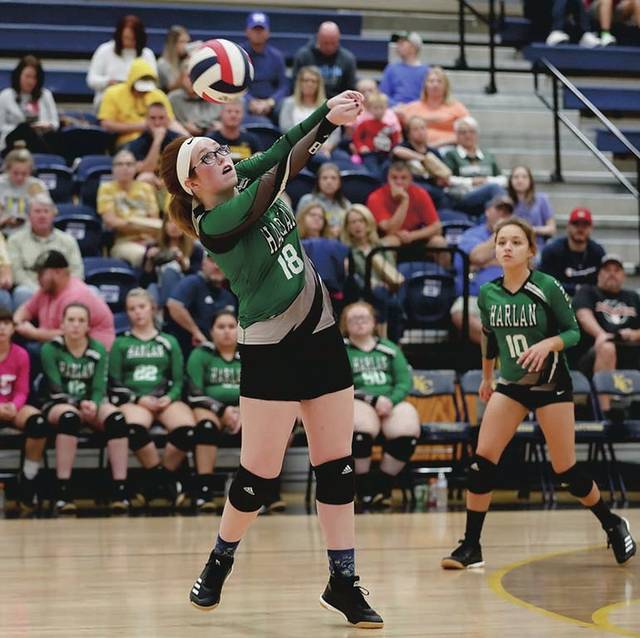 Harlan senior Madelyn Haynes returned the ball in 13th Region Tournament action Tuesday. The Lady Dragons were eliminated by Knox Central in three sets in the opening round.

Harlan was eliminated in the opening round of the 13th Region Tournament, falling 25-12, 25-20, 25-15 to tournament host Knox Central on Tuesday.