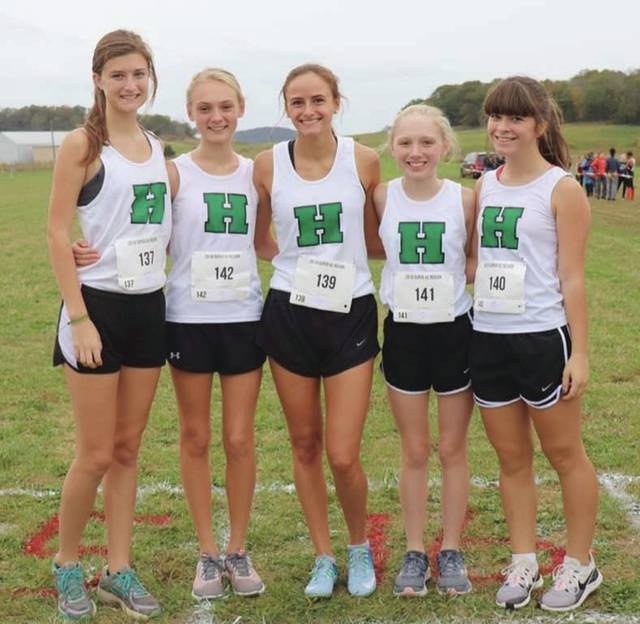 Three years ago, Lucy Bryson was the lone female running cross country for Harlan. On Saturday, thanks in part to a breakout performance by teammate Ella Morton, she’ll close her career at the state championship meet as part of the second qualifying girls team in school history.

Harlan will send a full team to Lexington for the first time since 2011 after the Lady Dragons finished fifth in the Class A Region 6 championship meet at Cave Lake Event Park in Monticello on Saturday.

“Coach (Trevor) Fitzpatrick and I are extremely proud of the hard work our team members put in this year,” Harlan coach Connor Sakati said. “They all worked hard all year, and several of our runners really stepped up to PR and run aggressively.”

Junior Tristen Cornette missed qualifying individually on the boys side by just two spots after posting a time of 21:35.36 and a 37th-place finish. Ethan Farley (27:57.97) was 77th.

Sophomore Mallory James posted a winning time of 20:52.13 to lead Middlesboro to a 41-point victory over Williamsburg in the girls race. Riverside Christian and Jackson County finished third and fourth, respectively.

Red Bird won the boys race, led by senior Dustin Driver, who was the individual champion with a time of 17:30.58. Williamsburg finished second, followed by Lynn Camp.

The Class A state championship meet will be held Saturday at the Kentucky Horse Park. The girls race is slated for 9:30 a.m., followed by the boys at 10:15.