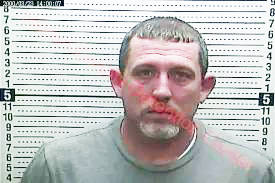 Deputies were investigating a complaint on Whitehead and arrested him on two outstanding warrants. One warrant was for failure to appear on a Harlan County Circuit Court case for theft by unlawful taking, theft by deception, persistent felony offender II and probation violation. The additional warrant was for non-payment of fines on a Harlan County District Court case.

Whitehead was also served with a summons on an additional theft charge.

After further investigation, an additional arrest warrant was obtained for theft by deception and was served on Tuesday.

There is an additional investigation being conducted in Bell County on a similar doughnut scam.

The case remains under investigation by the Harlan County Sheriff’s Office. Any additional victims are encouraged to contact the sheriff’s office.

The sheriff’s office also encourages you to contact law enforcement if you are suspicious of a solicitor.