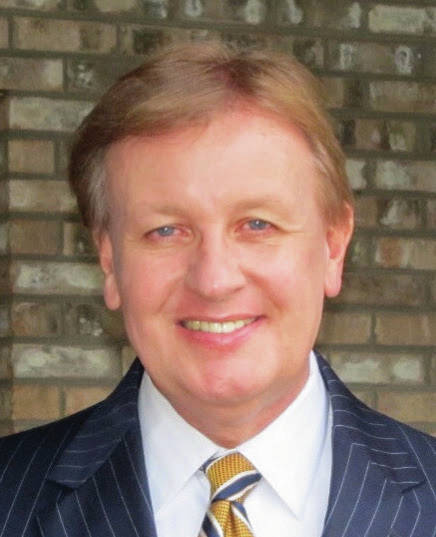 I never wanted cancer — who does? Within four months I was diagnosed with thyroid cancer and prostate cancer.

Last Oct. 26, my entire thyroid was removed with four malignant nodules. I dreaded that surgery because I knew speech and singing complications could happen because of the proximity of the thyroid to the vocal cords. Some people end up with paralyzed vocal cords for a lifetime. The surgeon assured me he would take his time and utilize extreme caution in protecting my vocal cords but reminded me that the cancer had to be the priority.

By the middle of December, my voice was gaining strength and I was starting to exercise a little bit and was overall feeling good. I then had my annual blood work done. The telephone call came from my doctor’s nurse telling me everything looked good except my PSA was 4.7. This was the highest it had ever been in my life. The prior year had been 3.7. I was told that PSA numbers can sometimes fluctuate and that we would need to do another blood test. Three weeks later I did another one on Dec. 27 and found out my score had risen to 5.9. I called my wife who was visiting in Kentucky to tell her, “I’m in trouble.”

We decided to act immediately, however, finding a urologist during the Christmas holidays was difficult. I tried six or seven in Evansville, Ind. and Louisville, Ky. I ended up finding a doctor named David Levy from Cleveland Clinic. His receptionist said, “He has one opening Dec. 31, at 2:30.” I explained to her my diagnosis and she explained the only way you and the doctor will know is by a prostate biopsy.” I already had heard fearful reports about prostate biopsies. She very calmly assured me that he had a very gentle technique, and few ever complained. I booked the appointment. I hung up and called my wife back to tell her how we would be celebrating New Year’s Eve.

New Year’s Eve I met Dr. Levy and he spent quite a bit of time asking me questions and explained we won’t know anything until I do the biopsy. They got me ready and he removed 18 pieces of my prostate, one small sample at a time. Almost every time he would remove a piece he would say, “Did you feel that?” And every time I said, “Yea, I felt it!!” At that moment that’s not really what I wanted to say however, somehow by the grace of God I managed to control my mouth. Levy would later explain that often many urologists only take 12 samples, but they miss the cancer by taking too few. “If it’s in there we need to find it,” he explained.

I walked out of the urologist’s office a little sore but was able to drive back to our hotel where I managed to eat dinner and we later found a movie on television that I halfway watched.

On Jan. 4, 7:30 in the morning my cell phone was ringing, and I braced myself as I knew it was Dr. Levy. He began by asking me how I was doing today, and I said, “Dr. Levy, go ahead and tell me the report.” “You have two cancers out of 18 samples he reported. One cancer is a 3+3 for a Gleason score of six which is not too bad. However, you have one that is a 3+4 for a Gleason score of 7 or stage 2 cancer which is very concerning. We can monitor and do active surveillance, or we can do a procedure. I don’t recommend surgery for you, but I do recommend either cryotherapy (freeze treatment) or Brachytherapy (radiation seed implant). However, I need to do an MRI and it will be 10 weeks before your prostate will be healed enough to do an accurate MRI. The MRI will show us more if the cancer is spread or if it’s still contained in the prostate.

The next 10 weeks were agony as I read everything I could find about cancer, treatments, supplements, procedures, side effects, nutrition all mixed with worry. I watched my dear friend die a slow death from prostate cancer just a couple of years ago, so I know prostate cancer can be deadly.

In March I had an MRI and found out the cancer was still contained to the prostate. I elected to do the Brachytherapy radiation seed implant procedure by Dr. Jay Ciezki of Cleveland Clinic who does over 300 procedures a year. Years ago, my father-in-law had the procedure done and so I was already a little familiar with it. After the procedure I never stopped walking, working or trying to be active but for a month I was sore and there were side effects, but they weren’t unbearable.

Recently, the new blood work revealed my PSA is now .71. The lowest it’s ever been in my life. I still have my prostate which will make PSA. “Everything” is working well. I am back to jogging a couple of miles, working and overall things are normal.

One thing that has changed is my awareness and respect…fear of cancer. Cancer can and does recur. My radiation oncologist doesn’t think I’ll ever have it in my prostate again, but he said there’s always a chance it can show up somewhere else later.

I will have to give my urologist Dr. Levy, credit for laying out in detail everything I should and should not eat for the rest of my life plus an array of vitamin supplements he strongly suggested I take every day.

While I feel great today, I know my fortunate outcomes are by God’s grace and the decision to move forward with two surgeries as soon as possible. I do know that all of this is a comma until next time or something else. I have to be real. These bodies are not made to last forever. There is always something around the corner that will test us or will kill us. Life is short. We have to do the best we can with whatever we know to do and trust God with the results.

Keep in mind God gives us brains. Have regular medical checkups, blood work, and pay attention. Don’t go to a lazy doctor. A dear friend recently died from liver disease because her doctor kept telling her not to worry about it and that she would be okay. Never hesitate to get a second opinion! Putting off taking care of something does not make it go away. The chances are good it will only get worse.

Remember, with good care and treatments we aren’t going to live forever but we might get to extend our lives and do a few more things we enjoy like spending time with our families, hobbies, living out our faith or collecting some of our hard-earned Social Security money.