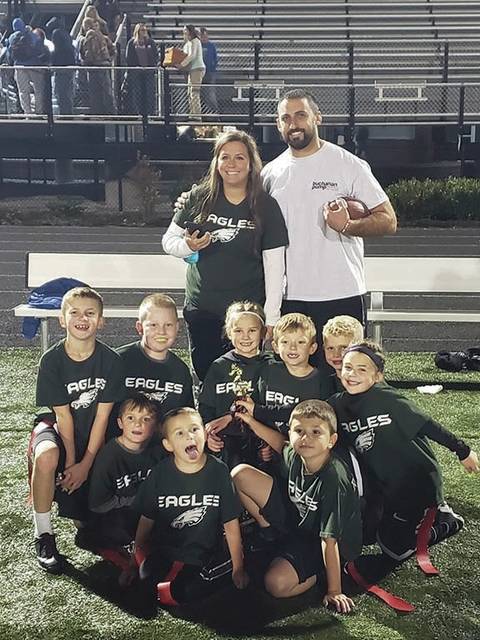 Trey Creech ran for five touchdowns as the Eagles defeated the Steelers 34-26 in the championship game of the Harlan County Black Bear Flag Football League on Tuesday.

Parker Long and Andrea Napier had one two-point conversion each. Bryson Millis and Campbell Thompson led the Eagles’ defense.

The HCHS Flag Football League had 80 players and eight teams made up of children in kindergarten through the second grade.

“We’ve had a solid peewee football for years. By adding flag, we are giving even more kids the chance to play and learn,” Harlan County coach Eddie Creech said. “Phillip Dozier did a fantastic job getting this thing rolling. We had eight flag and four pee-wee teams. The future is bright for Black Bear football.”