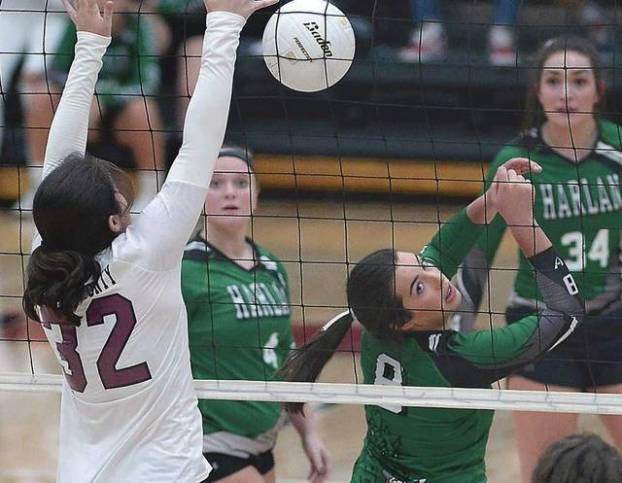 Harlan County’s Serenity Whitehead went up for a block in action earlier this season. The Lady Bears earned their first district win of the season recently with a 27-25, 25-11, 25-17 victory over Middlesboro.

The Lady Bears travel to Thomas Walker, Va., on Tuesday.