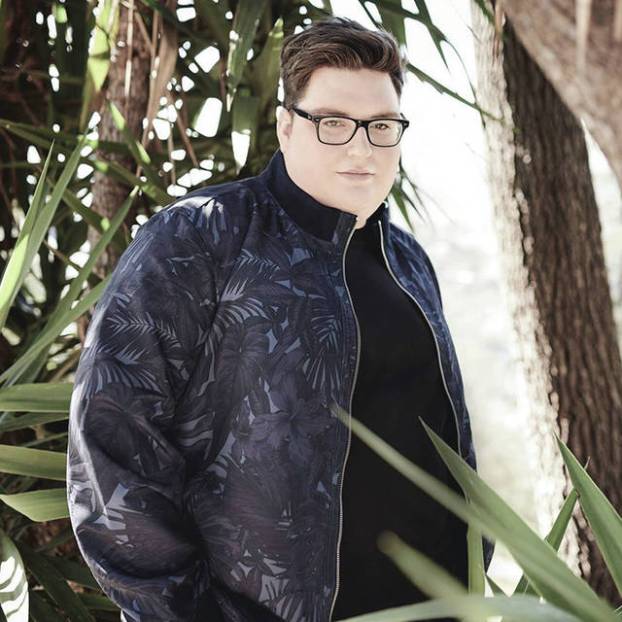 Jordan Smith, a Harlan County native and Season 9 winner of “The Voice,” will be returning home on Oct. 12 to headline the Harlan County Bicentennial Festival concert with two others.

Harlan County Judge-Executive Dan Mosley announced on Saturday the headliners for the Harlan County Bicentennial Festival concert scheduled for Oct. 12 at 7:30 p.m. Harlan native Jordan Smith was one singer-songwriter expected to perform on the newly-built stage at the Harlan Center.

Smith first began singing in his church choir and eventually joined the Harlan County High School choir. He continued throughout his years at Lee University, where he was a member of the Lee Singers.

Smith made history in 2015 when he became Harlan’s representative on the competitive TV show “The Voice,” becoming the best-selling artist in the show’s history and Season 9 winner.

Since then, the music wing of HCHS has been named after him in recognition of his success.

“We are excited to welcome him back home to perform at this celebration of Harlan County’s Bicentennial,” Mosley said. “Jordan has most definitely been one of the most talented performers of our 200 years as a county and has represented us very well on the national and worldwide stage.”

Mosley also said he is thankful Smith has been a part of Harlan’s story and that he will be able to showcase his talent.

“Jordan is a wonderful human being who has a God-given talent that he uses to inspire others,” Mosley said.

Mosley also announced two other county bands set to perform during the concert, including Dressed to Kill and the Kudzu Killers.

Dressed to Kill, a KISS tribute group, is scheduled to perform Oct. 11 at 8 p.m.

“This performance will be unlike any you have seen before, as it will include a full pyrotechnics show in conjunction with this concert, just like the KISS concerts have been known for throughout the years,” Mosley said.

Mosley said the Kudzu Killers will perform Oct. 10 at 7:30 p.m. and will “pay tribute to some of the greatest hits of all time.”

Mosley added the concert will be free of charge and more information regarding entertainment and the festival will be announced soon.

Harlan native Rob Fee will join Marvel Comics for the second year in a row to write the Avengers Halloween... read more