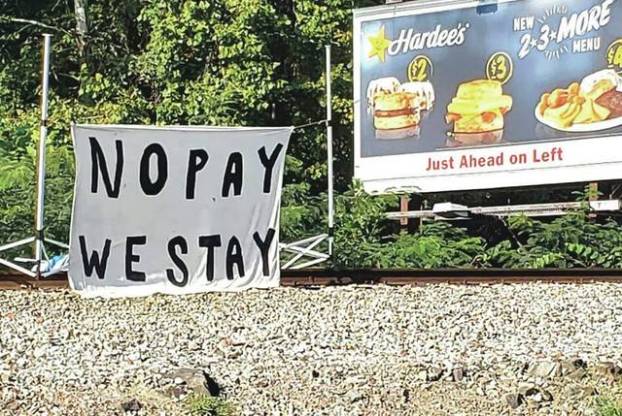 Another hearing has been scheduled for Sept. 12 since a verdict could not be reached in the Blackjewel case.

After an ongoing battle in bankruptcy court between the Kentucky Department of Labor and Blackjewel Mining, another hearing was scheduled for Sept. 12 since a verdict could not be reached. This leads miners into their seventh week of protesting on the train tracks in Cumberland as the judge in Charleston, W. Va., concludes whether the coal is “hot goods” or not.

A handful of miners were called to testify on behalf of all Blackjewel employees impacted by the bankruptcy in the Appalachian region, discussing a sudden end to their employment, terminated insurances, “clawed-back” checks and more.

“In my view, the evidence the five miners testified to was credible and overwhelmingly conclusive that is was,” said attorney Ned Pillersdorf. “Time is our enemy as the financial and emotional strain on the miners and their families continues to grow. The endgame is getting the miners paid before they leave the tracks and hopefully getting employed by Kopper Glo.”

Pillersdorf said the hearing was a “tedious battle” as to whether the coal mined was “hot goods” or not.

“The department of labor is arguing that the coal still sitting on the ground and in the estimated 75-car train is ‘hot goods’ and can’t be moved,” Pillersdorf said. “Hot goods are understood to be commodities that were produced without paying the producers minimum wage. In this case, the miners were paid less than minimum wage when they received no pay at all for three weeks’ worth of labor.”

Pillersdorf said they have also heard back on the class-action adversary lawsuit he filed against Jeff Hoops Sr. and Jeff Hoops Jr. and Lexington Coal on “behalf of the shafted miners.”

“Not surprisingly, they denied all allegations and asked that the case be on hold until the bankruptcy proceeding is concluded,” Pillersdorf said. “Since we filed the lawsuit, the Wall Street Journal did some outstanding reporting that, in our view, confirms that Hoops diverted about $53 million from Blackjewel in the months prior to the bankruptcy filing.

“This maneuvering gave the false impression the operation was bankrupt and was designed to beat the miners and other creditors out of their money.”

Photo courtesy of Trish Crider Trish Crider, a teacher at Black Mountain Elementary School, was commended for her compassion in... read more