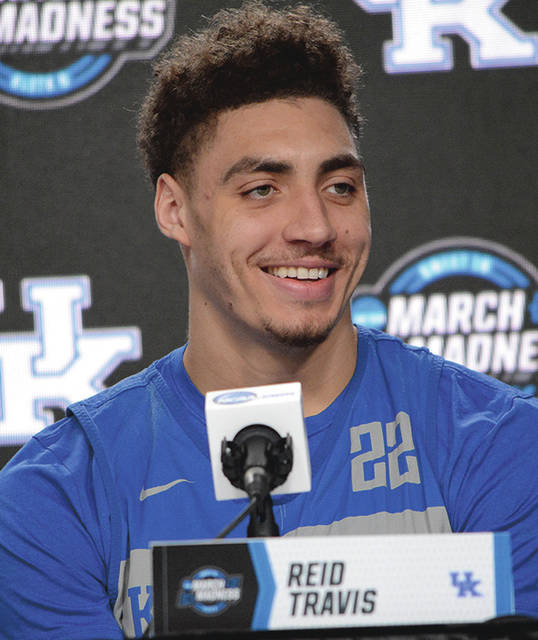 Travis to play with Hawks during summer league

LEXINGTON (KT) — Reid Travis is getting a shot at the next level.

Travis signed a summer league contract with the Atlanta Hawks and will compete in the Summer League in Las Vegas starting July 6. The deal could turn into a long-tern opportunity for the former Kentucky forward.

“I’m so happy for Reid to get the opportunity to show NBA teams what we already know,” Kentucky coach John Calipari said. ”Reid is a completely different player than he was a year ago and he’s become the best version of himself. He moves better, he’s playing above the rim, he’s blocking shots and dunking balls. We saw that develop during the season, but unfortunately because of the knee injury, he was unable to show that to NBA teams in the workouts leading up to the draft.

“Now Reid is on his way back and will get to show NBA teams what a great presence he can be for a team, especially one with a young locker room. He’s physically ready to make an impact, he’s an unbelievable teammate and he will do whatever it takes to win.”

Prior to the draft, Travis didn’t work out for any professional teams and worked in rehabilitating his knee. Travis was at his best and scored 12.9 points and 8.7 rebounds in 11 games against teams ranked in the Associated Press Top 25 last season.

Travis missed five games because of a strained foot but played six games during the postseason and logged 44 minutes in a loss to Auburn in the Elite Eight.

The NBA Summer League begins July 1 with the Salt Lake City League and the California Classic. The Las Vegas Summer League will feature all 30 NBA teams and the Chinese and Croatian National Teams and will begin July 5 and conclude on July 15.

Held scoreless through three innings by Tri-City ace Alex Creech, the Harlan All-Stars came alive in the second half of... read more