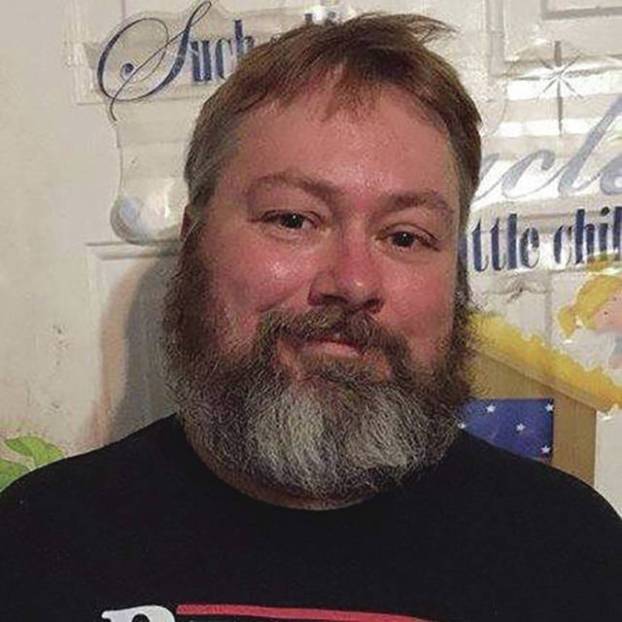 Students stepped up as heroes in shooting

“Greater love hath no man than this, that a man lay down his life for his friends. “

Kendrick Castillo, who lived just 18 short years on this planet, became one of the faithful departed several days ago, when he rushed two shooters at his Colorado STEM school. Castillo, by all accounts, was an exemplary young man — a Catholic Christian who wished to live out the Gospel in his life and had among his life goals to one day be a Knight of Columbus. Castillo’s actions that day, coupled with that of classmate Brendan Bialy and one other unnamed student, helped disarm the shooters, which most likely stopped any further loss of life. According to accounts from Bialy, Castillo immediately rushed the killers when they entered the classroom. The valor put on display by these young men should be lauded and praised, though I would imagine they would not want it. I would imagine they felt they were just doing the right thing.

Castillo’s father, who expressed regret his son died and said part of him wishes his son would have ran away, but Kenrdick’s selflessness was greater than his need for self-preservation. The heroics did not stop on that day, however, as other students took their stand during a memorial held in honor of Castillo. Anti-gun politicians attempted to co-opt the service for political reasons. That in turn prompted hundreds of students to walk out in protest. This type of defiance is certainly not even close to standing down an armed intruder, but heroic nonetheless in its context. All should be proud of those kids as well, and one would hope even more young people follow suit in their rejection of elitist ideas.

One would imagine that this shooting would gain more traction in the mainstream media TV circus, but the story went to the back burner soon after the day of the shooting. The shooters, not being the typical white Christian male, with the scary AR-15, may not have been compelling enough to hold interest of the public at large. Or perhaps they did not meet the target demographics of the editors at MSNBC or CNN. I do not know.

The shooters were Devon Erickson, an 18-year-old male, and Alec McKinney a 16-year-old biological female who wishes to be identified as a male. As of press time, authorities haven’t decided if the young lady will be tried as an adult or not. Both assailants, falling outside of the favorites mainstream media tropes and stereotypes, may or may not have anything to do with how the new cycle treats this story. I’m not sure, but it does give pause for us to think.

Democratic Pennsylvania State lawmaker Brian Sims, an openly anti-Christian legislator, released viral videos of himself verbally attacking an unidentified Christian woman praying outside an abortion facility. Sims, while berating the elderly lady, told her she had no right to protest, or pray. Sims, who regularly uses anti-Christian rhetoric and unsubstantiated allegations in his support for infanticide, did not hold back in this incident or on social media. In fact, a surge of criticism online prompted Sims to respond on Twitter with: “Bring it, Bible Bullies! You are bigots, sexists, and misogynists and I see right through your fake morals and your broken values.”

The irony is not lost to me at least that Sims’ anti-Christian and anti-Mother tirade happened in the week leading up to the day we celebrate motherhood. I think it is actually fitting for those who support infanticide, and thereby motherhood itself, and going to the logical end of this thinking, the end of our species to put their hatred on full display. I prefer for those who support darkness to try and spread their sickness in the light. It is a rare occasion that it doesn’t backfire on them.

One common trope parroted by the neo-Marxists liberal elites is how conservatives in general and President Trump in particular have hatred for homosexuals. President Trump just this week negotiated a deal with the drug maker Gilead to provide drugs that lessen the chance of transmission of HIV. These drugs will be able to help 200,000 or more people per year lessen their chance of contracting the HIV virus or full blown AIDS when they do not use proper protection in sexual activity. This greatly impacts the homosexual community, and I’d be confused as to how anyone could say President Trump harbors any anti-gay sentiment after this move.

Alyssa Milano, an actress long past her relevance and popularity, recently proposed the idea of a sex strike on social media. Her call for solidarity among females was brought on by the passing of the recent fetal heartbeat law in Georgia. The law, with some exceptions for the life of the mother, outlaws abortions after a fetal heartbeat is detected. Milano, along with other Hollywood types like J.J. Abrams and Jordan Peele, have expressed their disdain for the new law and called for boycotts, legislative action and Milano’s “sex strike.” The way in which her call for withholding coital engagement reads, one has to wonder if her TV marriage to a demon on the show “Charmed” was real or imagined. The rhetoric expresses a view on sex, and especially unprotected sex as normal, much like the outlying reasons for the need for drugs to prevent the transmission of HIV are necessary, only because of massive irresponsibility.

My beloved Chicago Cubs recently banned a fan for life. The unnamed fan, who flashed a symbol allegedly said to be a “white power” symbol, is never allowed to set foot on Wrigley Field again according to Theo Epstein. The symbol, which resembles the OK symbol, can be traced to the world class trolls of 4chan message boards. And while in this instance said to be a symbol of white supremacy, is often used by rappers, musicians and others of the entertainment elite cabal. Sometime when put over one’s eye is said to be a symbol of the, real or imagined, Illuminati.

I can trace the symbol, when held down low, back to my days at James A. Cawood High School. It was a sophomoric game in which one “made you look” and it resulted in one’s friend striking you in an incredibly uncomfortable place. It was juvenile at best and most likely completely idiotic, but questions of ethnicity and race were never a part of it. Nor were any connotations or connections to gangs, racial superiority or secret societies. It’s my opinion, that much of the hullabaloo over the Cubs fan and much of the other nonsense is just a way for elites to further divide people.

Converse recently chose the 11-year-old “drag queen” Desmond is Amazing to be a spokesperson for Converse shoes. The controversial choice drew strong reactions both negative and positive. Many, of who I assume are on the left, praised the choice for the bravery it put forth in the “trans/gender dysphoria movement. Many on the right recoiled at such claims and have lamented at what they see as abuse and sexualization of a child. I tend to agree with that view as one can find multiple videos on Youtube of the young boy performing in sexually suggestive manner for adults (mainly males), including one where grown men are throwing money at the child as if they were in a strip club.

It’s clearly a decision aimed at capturing a demographic, but I’m not sure it is a good one. Nor do I think a demographic that rejoices in the sexualization of children is a target audience anyone should be aiming to please.

Gunmen entered a Church in Burkina Faso in West Africa this morning and made SIX parishioners martyrs. In this all too familiar scenario, what is most likely jihadists, who have used perpetual violence to destabilize the country, carried out this murder. What should be an event that shocks us to our core has become common practice in countries where Islamists rule or where they are attempting to overtake the governments in charge.

As the attacks increase, and some of them even said to be reprisals for the mosque shooting in New Zealand weeks back, one has to wonder what can be done to stem the tide. Prayer is a necessity for sure, but so is condemnation from the international community on these acts of evil. I’m sure they happen, but they do not happen with as much fervor and fanfare as any act of violence towards Islamists. Much like the juxtaposition of the news coverage of the different attacks leaves one to wonder, so do the responses and condemnations.

As I strike the keys putting the finish to this column, I want to wish (Though it will be belated when it comes to print) all mothers a Happy Mother’s Day. Though I should have not skipped church, I am sitting here finishing up on Mother’s Day while mother, who is losing her sight anxiously waits for me to read her this column. We should all cherish the time we get to spend with our mothers, not only on this day, but all days. And on Mother’s Day and all days, let us pray that the horror of abortion is lessened and more mothers are made and fewer children destroyed.

By David Meade Guest Columnist Recently, I read an article in the Frankfort State-Journal about a young man, Cameron Galloway.... read more