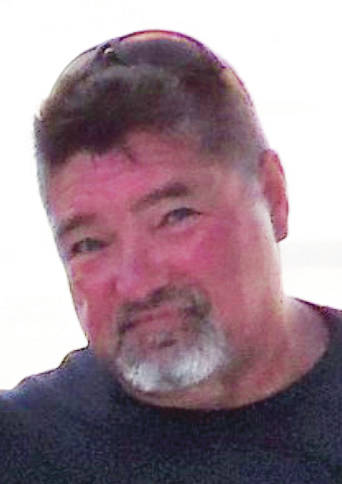 From a Blue-Collar Gentleman

Six or maybe even 10 weeks ago, the river was raging nearly 11 feet above its normal flow. I saw 15-foot walnut logs wash past me at 20 miles per hour. While all mountain people are familiar with the force of raging furious waters; the critters within the water and surrounding areas are sometimes stressed and annoyed that their world is quickly changing. I had a never-will-forget situation one day early this spring that was a completely new experience for me, involving critters and nature and mothers.

For Valentine’s Day eight years ago, I bought my sweet wife a Maltipoo; a cute intelligent little dog that lives for human affection. Well, my wife and daughter named her Nellie and Nellie believed that she was boss of everything and everyone within her physical realm. Two of her pups/offspring have always been and are now part of our lives. (Her kids are much nicer than she was).

On this particular day, as the river raged, I had seen the beaver that episodically swims the river and chews the small saplings and vines around my property. This day the beaver was smacking its tail in the rampant waters….over and over…it sounded as if someone was chunking 5-pound sand-rocks into the deepest part of the river. Each collision of the tail provided a “KaThump” (emphasis on the “thump”). The presence of the beaver could not be ignored. Yet, our little Nellie would not take my direction, and while I loudly commanded that she get away from the raging riverbank…..moments after turning my head I heard her make the sound she would make if someone “almost” stepped on her. She was gone; one instant she was ignoring my commands, and the next she was feet deep into the cold, violent waters; snatched from the bank by a creature she had probably never seen but thought she was going to dominate. The beaver drowned her, mauled her with its teeth and later took the body up river, 100 feet, and apparently tried to bury it by smacking it into the mud-bank with its tail.

The entire episode is odd if not bizarre; so I enjoy sharing it with people. I additionally found another oddity associated with the situation. What I find very odd is that most men, about 80 percent, advised me to “kill that damn beaver.” Most men like to claim that their dogs are like their children and that death for the beaver is the only means of justice in this situation. However, the women I spoke with about the situation had a different view; nearly all of them said, “she probably has babies.” Well, I did my research; the women are correct. My experience with life and the opinions shared by the women I spoke to, about the beaver, took me back to an event in my own life.

One late night in the fall of 1978 (I was 16 years old), I was awakened by the screams of my mother and little sister. They were screaming for me; and panic and urgency illuminated their voices. I honestly cannot chronicle the events of the seconds that followed; but in the end, I had subdued an intruder and a familiar 1911 Colt 45-semi-atuomatic pistol was laying in our living room floor. My mother quickly grabbed the gun and my sister had just finished calling the police. I remember surveying the situation, and to my surprise, the intruder was my own estranged father. I had him in my “unbreakable bear-hug.” I had control of him from behind.

Just as I began to feel proud of myself (for being the hero for the women in my family), I felt an immediate and radiating pain move from my groin, into my stomach…and I quickly loss consciousness; once I regained consciousness I spent some time on my knees vomiting.

My dad was a well-known and respected street-fighter; so although I had control of his body, his arms and hands were free and he reached around and grabbed me by my testicles and squeezed until I forgot the nature of existence.

I was without useful senses for a few moments then the next thing I remember was two police officers escorting my handcuffed father through our front yard toward the police cruiser. My mom knelt beside me and asked me in her normal unstressed voice, “Sweetheart, are you OK? Are you sure you’re OK? Are you sure you aren’t hurt?” I wasn’t hurt; so I told my mom that I was fine; I assured her that I was fine; and that is when it happened. My sweet protective beautiful mother became a vengeful monster. She jumped off of the porch and totally and completely attacked and dismantled and physically pummeled my handcuffed dad. She attacked him with claws and teeth making sounds only heard in the jungles of South America.

That was the night and moment that I understood the intrinsic protective and loving nature that women possess for their children. That beaver was simply an example.

My wife and my daughter and my mother and my sister represent the finest people I’ve ever known in my entire life. They are strong, incredible intelligent women and I would have never had the success or happiness I’ve experienced without these four women. As far as I’m concerned; the love of my wife and daughter and mother and sister are genuine proof that I am a decent man. They are all four mothers and all four make life on this planet better for everyone connected to them. Happy Mother’s Day, ladies.

By Clark Bailey The Loyalist “Just went in to a southern Virginia Walmart. You can smell the Trump support.” This... read more