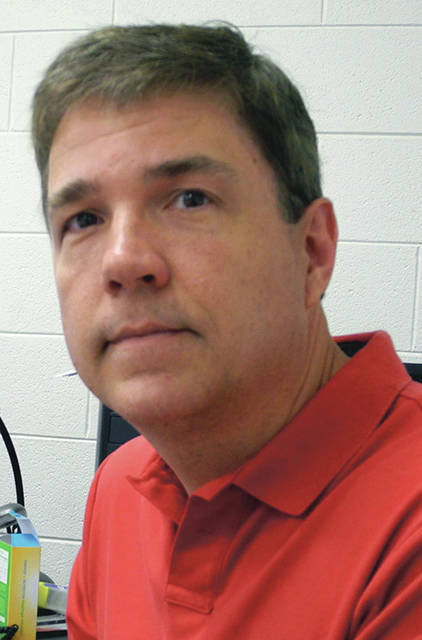 From the article in the Floyd County Chronicle, it appears a battle is under way pitting Johnson County and Paintsville against Floyd County and Prestonsburg for a new four-lane, 16-mile expansion of the Mountain Parkway.

There were reportedly two options being considered to expand the road from Salyersville to Prestonsburg. Over the past several years, officials have studied two proposed routes for that 16-mile expansion, one that would widen KY 114 from the Magoffin County line to the U.S. 23 intersection in Prestonsburg, and another less expensive route that would expand the parkway via a ridgeline.

The Floyd County Chronicle reported that there is now a third proposal being considered, one that would expand the parkway via U.S. 460 to Johnson County. A public meeting was held on the proposed widening of U.S. 460 in 2014, but that plan was promoted as “part of a larger project recently announced to widen the entire Mountain Parkway corridor between Campton and Prestonsburg.”

Several local officials were quoted in the story, including State Sen. Johnny Turner, who said he was in favor of “two four-lane roads” through the region. Turner, whose district includes Harlan County, was at Camp Blanton last month to attend a rally for State Rep. Rocky Adkins, a Democratic candidate for governor and the minority leader of the House. Both talked about working to help our county, but neither has stepped up with any plans on improved transportation. Like most Harlan Countians, I’d like to see something in writing that would help our part of the state.

Turner said in the Floyd County Chronicle report he supports bringing the Mountain Parkway to Prestonsburg instead of Paintsville, but he said he would also be in favor of two four-lane roads leading both to Prestonsburg and Paintsville.

If you’ve read this column before, you know by now my feelings about how every other part of eastern Kentucky has benefited from new roads, while Harlan County has struggled without a four-lane highway. This story only served to drive that point home once again, especially since Turner is supposed to be representing Harlan County.

What irritates me most in all this is that our state senator is fine with two new four-lane roads in other parts of his district while making no proposal for one four-lane road through Harlan County. To be fair, Turner wasn’t asked about Harlan County by the Floyd reporter, but it’s not like Paintsville or Prestonsburg are in desperate need for another four-lane road when you consider that four-lane U.S. 23, which runs from Jenkins to Ashland in Kentucky, crosses both counties in a north-south path.

Both counties also have much nicer two-lane roads going through the area in an east-west direction, including KY 80 from Hazard to Prestonsburg and will soon have a four-lane highway going in that direction. Harlan County, meanwhile, still waits for one four-lane road instead of arguing about where a second should be located, like those in Paintsville and Prestonsburg, not to mention towns like Pikeville, London, Corbin and Somerset, all with multiple ways in and out that are better than any roads in Harlan County

The main argument against us, of course, is that it’s much more expensive to build highways through Harlan County due to the mountains, but that hasn’t kept the state and federal governments from collecting the same amount of tax money from Harlan Countians than those in the eastern Kentucky counties with smaller mountains and straighter roads.

Harlan County (27,548) still has more residents than Magoffin (12,783) and Johnson (23,064) and only 10,000 less than Floyd (37, 447) and was once quite a bit larger than all of them, at least until the coal started to disappear and state government decided to treat the people in our little corner of the state as second-class citizens unworthy of safe roads.

It is always frustrating driving down a four-lane KY 15 through counties like Breathitt (13, 276), Wolfe (7,251) and Lee (6,717), which have less than half our population, and then get stuck behind a slow-moving truck on U.S. 119 a few days later with 10 other vehicles trying to get from Harlan to Pineville.

We beg and plead for passing lanes on U.S. 119 while every other county between Jenkins and Charleston, W.Va., can roll their way down a four-lane highway. It is beyond insane that we’re still talking about this so many years after four-lane roads should have been part of our reality. It’s past time, decades past time, for excuses from state officials who don’t even include us in the conversation about decent roads, particularly those state officials who are supposed to be representing Harlan County as well.