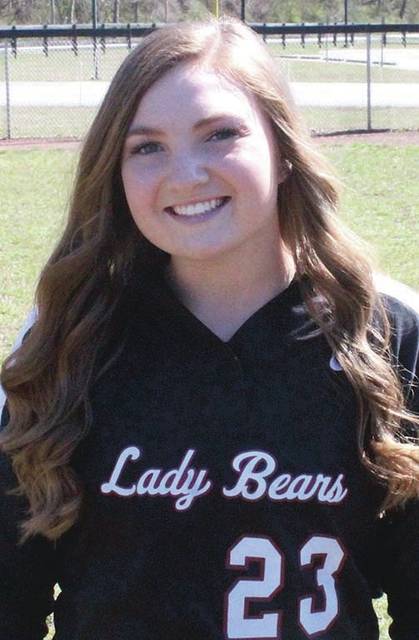 With their three seniors away attending the school’s honors night program, the Harlan County Lady Bears got an early look at their 2020 roster. The results weren’t bad as Harlan County coasted to a 16-1 four-inning victory Monday over visiting Pineville.

“We got a chance to get some other girls some playing time today. They put the bat on the ball and put some pressure on the defense,” Harlan County coach Tim McElyea said.

The Lady Bears capitalized on eight Pineville errors to score at least one run in every inning. HCHS also collected 11 hits, led by Kerrigan Creech with a double and single and Hannah Johnson and Brenna Early with two singles each. Jacey Lewis had a double. Madison Banks, Brandy Adams, Morgan Blakley and Emily Evans had one single each.

Creech earned her second win over Pineville this season and was much more dominant the second time around as she pitched a one-hitter with five strikeouts and one walk.

“Kerrigan pitched a lot better than she did the last time against them. She did a nice job today,” McElyea said.

Pineville took a brief 1-0 lead in the first inning as Virginia Hall was by a pitch to open the game and scored on Santana Tuttle’s ground out after a steal and error that allowed her to take third. Chesney Brock led off the second inning with Pineville’s only hit, but she was caught stealing.

Harlan County scored three runs in the second inning as Johnson singled and scored on an error. Creech doubled in a run and Evans reached on an error to bring in another run.

Allee Gallloway walked in the second inning and scored on a wild pitch for a 4-1 lead.

HCHS blew the game open with a seven-run third inning that featured hits by Adams, Creech, Evans and Early. Lewis ripped a double down the line in left and came all the way around when the ball was booted in left field.

A walk and two hit batsmen opened the HCHS fourth. Early singled in a run and Galloway walked to force in another. Clark, Johnson and Blakley followed with RBI hits to end the game via the 15-run mercy rule.

Harlan County will close its district schedule Tuesday at home against Harlan. Pineville (2-9) plays at Williamsburg on Tuesday.

Patriots take Harris in third round of draft