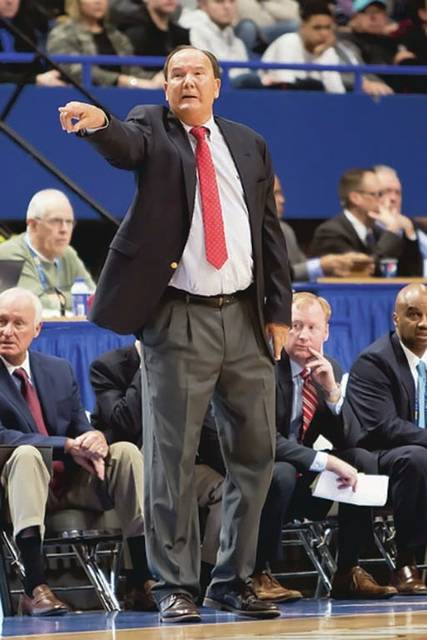 Anyone making a list of Evarts High School basketball greats would almost certainly begin with Billy Hicks, both for his resume as a standout player and as a Hall of Fame coach.

Hicks, a 1970 Evarts High School graduate, will be back in Clover Fork on May 5 to lead four sessions of a basketball camp at Evarts Elementary School.

“I am looking forward to coming to Evarts, where I can, hopefully, give a little back to a place and people people that gave so much to me,” said Hicks, who recently announced his retirement after leading Scott County to the state finals.

Hicks played basketball at Wofford after graduating from Evarts, then returned to Harlan County where he began his coaching career at Loyall Elementary School in the 1970s. His star player was future Mr. Basketball Phil Cox. He started coaching at his alma mater during the 1978-79 season, then after a year away led the Wildcats through the 1981, 1982 and 1983 seasons. Evarts won the 52nd District Tournament title in 1983 and won in the first round of the 13th Region Tournament, the last victory in the regional for the Wildcats.

After three seasons as the coach at Harlan, Hicks went on to Corbin where he had a successful run with the Redhounds, including a 13th Region title in 1991.

Hicks then moved to Scott County after the 1994 season and turned the Cardinals into the state’s most successful team with two state championships and several runner-up finishes. Hicks ended his coaching career with a state record 1,013 victories, including 33 victories in the state tournament.

“I’m really excited that coach Hicks is taking time to come back to Evarts and work with the kids of Harlan County,” Middleton said. “The people of Clover Fork have always been extremely proud of him and all that he has accomplished.”