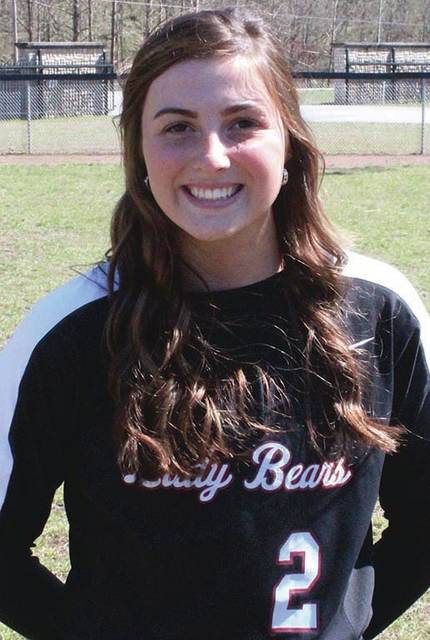 Nikki Creech missed a chance to drive in a run with her Harlan County Lady Bears trailing 6-4 in the sixth inning Thursday against visiting Knox Central.

With another opportunity in the seventh inning, this time with the game tied and bases loaded and two out, she didn’t miss again. Creech ripped a game-winning single to left to complete the comeback in Harlan County’s 7-6 victory.

Hannah Johnson led off the seven with a single to right and came all the way around when Brandy Adams pounded a double to center. Johnson moved to third on the late throw to the plate. Allee Galloway tied the game with a nice bunt down the third-base line and reached base on a fielder’s choice when the throw to the plate was late. Emily Evans followed with a single and Destiny Clark, the ninth hitter in the order, kept the inning alive with a two-out bunt hit. Creech followed with the game-winning hit.

Nikki Creech and Johnson led the HCHS offense with three hits and two RBI each. Evans and Clark had two hits each. Emily Collett, Adams, Galloway and Jacey Lewis added one hit each.

Harlan County (9-4) plays host to Pineville on Monday and Harlan on Tuesday. Knox Central (4-8) will travel to Lynn Camp on Friday for a huge 51st District showdown.