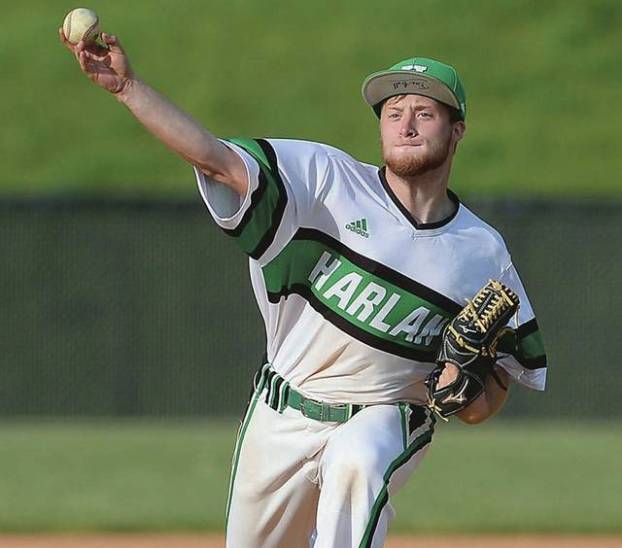 Bears capitalize on mistakes for win over Harlan

A little help from an opposing defense goes a long way for a struggling offense like Harlan County’s has been through much of the 2019 season.

Harlan County received no help from Bell County on Monday as the visiting Bobcats won 3-1 in an error-free performance. The visiting Harlan Green Dragons were much more generous Tuesday with five errors leading to five unearned runs in a 7-5 loss.

“It definitely hurts when you give a team like Harlan County extra outs,” Harlan coach Cory Estep said. “They capitalized on them though, so kudos to them.”

Junior right hander J Harris continued to establish himself as the Bears’ ace after a season-ending injury suffered by senior Benjamin Lewis. Harris shut down Bell County last week and pitched a complete game Tuesday, striking out nine and walking one while scattering 10 hits.

“I think they were so hyped up early and they are like this every year against Harlan,” Lewis said. “I though J’s pitch count would get up, but he really settled down. He has gotten stronger as the year has gone — his location, endurance, the whole nine yards. He has stepped up big.”

Kilian Ledford had three singles and Will Varner and Evan Browning each added two for Harlan (6-11 overall, 1-4 district). Michael Robinson, Caleb Adkins and Shane Lindsey had one single each.

“We’ve hit the ball a lot better the last couple of weeks, even though the wins and losses don’t always show that,” Estep said. “We just have to cut down on the basics. We’ve worked on going back to the basics.”

Robinson suffered the loss, giving up six hits while striking out four and walking five.

Varner, Ledford, Browning and Robinson opened the game with four straight singles. Varner scored the first run when Casolari threw the ball into left field when Ledford took off for second. Browning singled to right field for the second run. Jared Hawkins walked to load the bases with no outs. Wil McCarthy struck out, then Caleb Adkins hit a fly ball to right that should have brought in another run, but Browning failed to tag up. Harris then struck out Lindsey to end the threat.

Harlan County got a run back in the bottom of the inning as Justin Brown walked and scored on Roman’s hit. The Bears ran themselves out of another inning, much like a night earlier in a loss to Bell County, when Roman was picked off first base.

Wilder led off the second inning with a double to left and scored when a grounder by Harris was thrown away by Ledford at shortstop. Collett brought in the go-ahead run with a perfectly executed suicide squeeze bunt toward first base. Brown was hit by a pitch and Roman walked to force in the Bears’ fourth run. Robinson worked out of trouble by striking out Henson and getting Casolari on a fly ball to center field.

Adkins singled to open the fourth inning, then stole second and scored when Harris threw away a bunt single down the third-base line by Lindsey.

Henson came through with a two-out RBI single in the bottom of the fourth after Collett had reached on a fielder’s choice and Roman walked. Roman scored when Robinson made an errant throw to second when Henson advanced. Henson scored on a balk for a 7-3 lead.

Harlan made it interesting in the seventh as Varner and Ledford had one-out hits and both scored when Browning singled for one RBI and another run scored on an errant throw. With the tying run at the plate, Harlan had a questionable base-running decision of its own as Browning was thrown out by Casolari as he tried to steal second. Robinson then grounded out to end the game.

The two teams will meet again on Wednesday at Harlan.