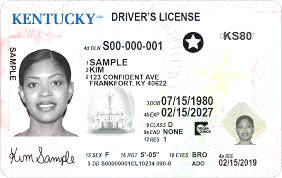 Kentucky is delaying the release of their licenses and has until October 2020 to comply with federal standards.

The promise of new, more secure driver’s licenses in Kentucky is being pushed back once again with no firm date attached. The Kentucky Transportation Cabinet said it has been testing new cards that finally meet federal standards.

The licenses were initially slated to come out in January, but the release date was pushed back to April. Now the state said the new licenses should be available statewide by the end of summer. Officials said internal testing has revealed gaps that need to be addressed.

“The internal testing phase did exactly what it was designed to do – verify what works and reveal gaps that need to be addressed before introducing the system to Circuit Court Clerk offices,” Department of Vehicle Regulation Commissioner Matt Henderson said. “We’re pleased with the positive results that have confirmed the majority of the new system is operational. While we targeted April to begin the in-office pilot testing, additional time is necessary to retest system patches that are released when flaws are identified.”

Kentucky has until October 2020 to comply with federal standards. If it doesn’t, those left holding a license will be unable to fly or enter a military base without another form of identification.