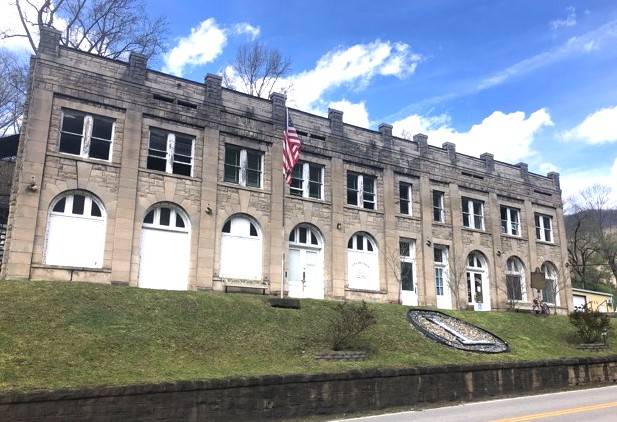 Rumors of Lynch City Hall’s condemnation were laid to rest in an April newsletter from the city of Lynch. Offices were moved to the old fire station while officials search for funding to renovate the city hall building.

Rumors of the Lynch City Hall building being condemned were laid to rest in an April newsletter from the city of Lynch. Lynch City Clerk Erica Eldridge dismissed the rumor in the city newsletter.

“We have had some pretty drastic changes to take place, and I am sure many of you have heard the rumors that [Lynch] City Hall was condemned,” Eldridge wrote in the newsletter. “We did have a fire marshal visit and [they] gave us some options. The most viable option for us at the moment was to use the already renovated ‘old firehouse’ as our new city hall building.”

Eldridge went on to say the city does not plan on letting the original building be destroyed, and they have started looking for funds to revitalize it. Eldridge said it is a mystery as to whether or not the building will ever house the city hall again, but she hopes citizens of Lynch can understand their efforts to keep moving forward.

The city of Lynch is also hosting PRIDE cleanup week from April 22-27 with Community Day being April 27 at 9 a.m. Gloves, vests and garbage bags will be provided. There will also be a picnic for volunteers on April 27, following the cleanup.

In regards to other city activity, officials said multiple ordinances are set to be enforced more strictly beginning this month:

• Ordinance 02172011 requires each household to own at least two garbage cans with lock-tight lids and all garbage to be placed in garbage bags inside the garbage cans/bins. Violators are subject to a $50 fine per occurrence. Citations will begin this month;

• Ordinance 07082014 states if you do not have KU electric service, water utility and sanitary sewer service, you may not occupy a residence. If you have not had any of the following utilities for seven consecutive days, you must cease to occupy the residence. Violators are subject to a $25 fine per day. Citations will begin this month;

• Ordinance 06052013 states no citizen may keep abandoned/inoperable vehicles, or vehicles that have not been tagged/insured in one year, on their property. The property owner will be given a notice and three days to comply, then the vehicle will be removed by tow truck;

• Ordinance 030507, regarding property blight and deterioration, states it is unlawful for citizens to have junk laying around their homes that causes/contributes to rodents, insects and other such vermin. Once a citizen has been cited, they have 72 hours to respond to the violation. Those failing to do so will be fined up to $500 per occurrence;

• Ordinance 07102017 places a ban on burning things within city limits. The ban supersedes at both county and state levels, but does not include the recreational use of fire pits or barbecue grills using charcoal and/or fire wood. Violators may be fined up to $1,000 per occurrence. Citations will begin this month.

Copies of any and all ordinances are available upon request.