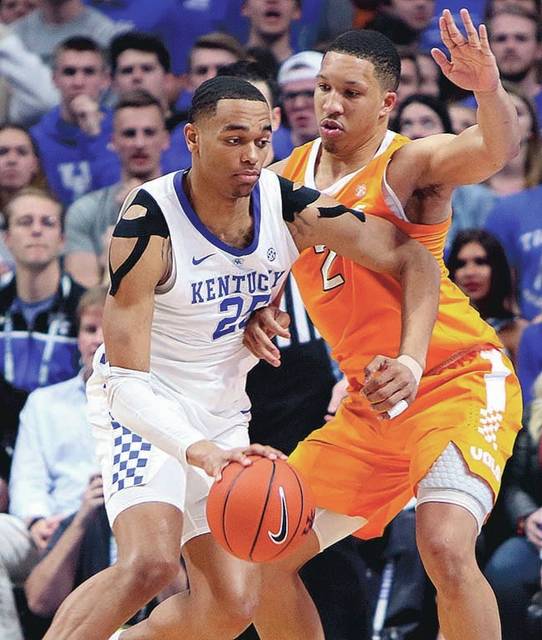 LEXINGTON, Ky. (AP) — Kentucky forward PJ Washington will enter the NBA draft pool and hire an agent, ending his collegiate career after leading the Wildcats in scoring and rebounding as a sophomore.

Washington declared for the draft last year but didn’t hire an agent. He returned to Kentucky in hopes of improving and helping the Wildcats win a national championship.

Kentucky fell short of reaching the Final Four. Washington thanked coach John Calipari and his staff in a statement Tuesday for “challenging me to become the player that I am.” Calipari said Washington’s development “has put him in a position to do some special things at the next level.”

Will Varner’s defense was solid Saturday against visiting Hancock County, Tenn., but the senior right-hander didn’t need a lot of... read more