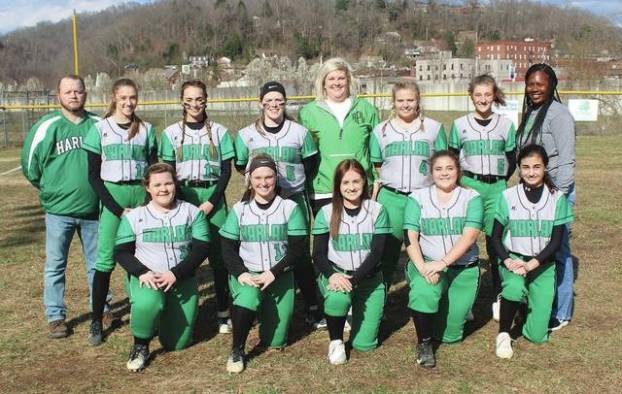 A decade after she left Harlan High School as a player, Alex Allison Pennington has returned to coach the school’s softball program and finds herself with a big challenge on day one.

Harlan is coming off its best since since Pennington was a star for the Lady Dragons as a player. The Lady Dragon finished 14-8 and made their first trip to the 13th Region Tournament since 2006, knocking off Middlesboro in last year’s 52nd District Tournament before falling in a 6-5 heartbreaker to Harlan County in the finals.

The experience of that success will be a positive for this year’s Lady Dragons. The problem is that Harlan lost four starters from the 2018 squad, including star pitcher Ashley Overbay.

“This team will be exciting to watch and they more than willing to learn,” said Pennington, who served as an assistant the past two years under David Overbay. “They have had a great attitude and will do whatever they are asked to do.”

Payton Bennett could have the biggest shoes to fill in the 13th Region this year as she takes over for Overbay as pitcher. Overbay pitched every game for the Lady Dragons last year with a 14-8 record and was also the team’s best hitter.

“I’m more than confident in her. She has worked really hard in the off-season on her off-speed pitches. She is an awesome pitcher,” Pennington said. “She is confident and willing to fill those shoes. I’m very excited to see what she can do. I’ve told her she has to rely on her defense. They will back her up.”

Kaytlin Cornett, a senior, will provide leadership behind the plate as a returning starter.

“She is a very good leader and knows the game. Whoever follows her will have some big shoes to fill,” Pennington said. “She helps the other girls in so many ways. She’s also one of our best hitters in the middle of the lineup.”

Kellie Bennett, a junior, shifts from the outfield to take over for AnnMarie Bianchi at first base.

“She has a strong arm and is very smart and is able to help our other girls,” Pennington said. “She is a good leader.”

Kailey Cornett, a junior, and Angel Wynn, a sophomore, are sharing time at second base.

“Both of them have good arms and know the game,” Pennington said. “Kailey is new to the spot but is making a lot of progress.”

Haven Saylor, a junior, is the most experienced of the Harlan infielders as she returns at shortstop. She will also play an important role in the middle of the lineup.

“She has a strong arm and is smart. She gives us a lot of leadership in the infield,” Pennington said. “She is also one of our best hitters. We know her to drive in some runs for us this year.”

Makayla Sizemore, a sophomore, takes over for Jayda Young at third base.

“She played a lot of JV last year and is getting familiar with the position,” Pennington said. “I’m anxious and excited to see what she will do for us at third. She has a good arm and communicates well.”

Emma Jones, a sophomore, gives the Lady Dragons some speed in left field.

“She is very quick, has a good arm and can play several spots out there,” Pennington said. “I’m excited to see what she will do this year.”

“Emma is doing very well. She is learning and working hard,” Pennington said. “Reagan is very quick. We will be relying on here speed a lot this year, both in the outfield and on the bases.”

With senior Savanna Smith leaving the team early this season, Wynn moves from the infield to take over in center.

“Their confidence is building up. We did lose four very good players, but they are moving on and will be exciting to watch,” she said. “This is a fresh start for me, even though I learned a lot from David. I’m excited to get started this year. “This is an awesome group of girls. I think they will surprise some people.”

Harlan experienced success in the season’s opening week, defeating Oneida Baptist and Barbourville to earn a spot in the regional All “A” Classic finals before falling to Middlesboro in the championship game.

May 2 at Knox Central

May 14 at Leslie County