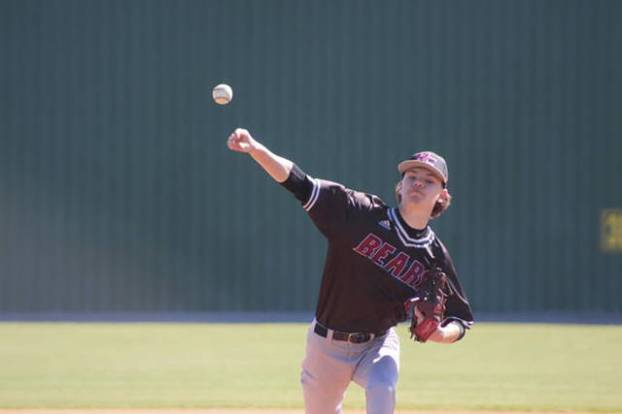 A tall and talented eighth-grader, Brayden Blakley will likely win quite a few games the next five years for the Harlan County Black Bears.

He won his first high school start on Saturday at Sevier County High School in Tennessee with a strong four innings against Harriman, Tenn. Blakley gave up one run on four hits with three strikeouts and no walks as the Bears held off a late Harriman comeback to win 9-8.

Justin Brown and J Harris led the Bears on offense with two singles each. Benjamin Lewis, Tyler Casolari and Jonathan Wilder added one single each.

Jordan Steele pitched one shutout inning with two strikeouts and no walks. Tristan Cooper gave up six runs on six hits in 2/3 of an inning. Benjamin Lewis recorded the final out to earn the save.

Casolari led HCHS against Arab with a double and single. Eli Estep, Roman and Henson each singled twice. Jordan Steele had a double.

Lewis suffered the loss as he gave up six runs (two earned) on two hits in 1 2/3 innings. Steele allowed two runs on hit in 2 1/3 innings. Xzavier Simmons allowed one run on four hits in one inning.

Harlan County (1-3) will play at Letcher Central on Monday.

A decade after she left Harlan High School as a player, Alex Allison Pennington has returned to coach the school’s... read more