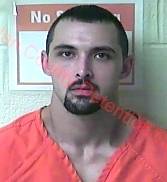 After hours of reviewing more evidence and listening to the arguments, the jury came back in to say they still could not reach a verdict. Hendrickson declared a mistrial with the jury count at 6-6.

Shelby Shell, 35, of Berea, was arrested by Kentucky State Police officers on Feb. 25, 2013, for the murder of former Evarts mayor and council member Ronnie King.

According to a criminal complaint from former KSP Lt. Jason Adams, Shell unlawfully entered King’s home in possession of a firearm. Shell allegedly shot King in the head. He then bound King’s hands and feet before setting fire to the home, destroying the evidence.

Shell is charged with murder, first-degree robbery, first- and second-degree arson, kidnapping of an adult, tampering with physical evidence, first-degree burglary, possession of handgun by convicted felon and for being a persistent felony offender.

In other circuit court activity:

• Sierra Foster, 25, of Harlan, has a scheduled hearing for April 18. Foster was arrested by Kentucky State Police troopers on Dec. 6, 2016, after they allegedly found her two-month-old child deceased at her residence. According to a press release, Social Services received a complaint in regards to Foster being under the influence and unable to care for the child.

When KSP conducted a preliminary investigation, Foster was found to be under the influence and had not cared for the child for at least 12 hours. Foster was charged with murder, first-degree criminal abuse of a child (12 or under), tampering with physical evidence, possession of drug paraphernalia and first- and second-degree possession of controlled substance.

Foster currently has a full cash bond with bail credit equal to $15,000;

• George King III, 60, of Cumberland, has a scheduled hearing for March 21. King was arrested by Cumberland Police Department officers on Oct. 12, 2015, after he allegedly created a grave risk of death to his mother, Carolyn King, ultimately causing her death. According to the indictment, King’s mother suffered a fall in her residence making her bedridden.

The indictment states King became her caretaker and knowingly neglected her, causing her death. KSP received a call on June 12, 2015, in regards to Harlan ARH’s death investigation of Carolyn King. An autopsy report later confirmed Carolyn King’s cause of death was failure to thrive, which could be contributed to severe malnutrition and dehydration.

George King III was charged with murder and knowingly abuse or neglect of an adult. He has an unsecured bond set for $25,000.

Harlan Little League is hosting a Kid’s Fun Day Saturday from 12 p.m. to 4 p.m. at Huff Park. The... read more