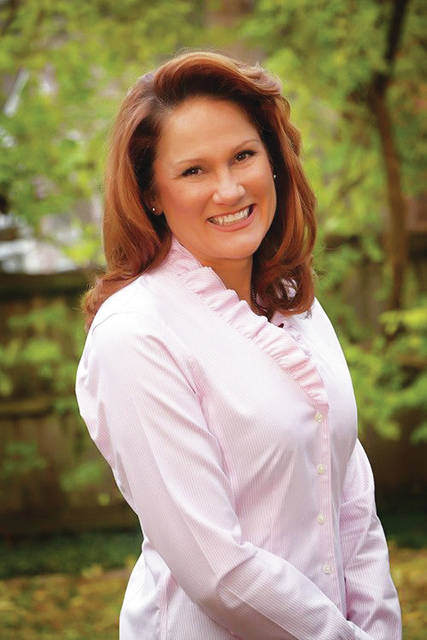 FRANKFORT — During the next few weeks, our General Assembly has a remarkable opportunity to give thousands of Kentucky children a new path to success by voting in favor of two bills that will help create a scholarship tax credit program. House Bill 205 and Senate Bill 118 will go a long way towards helping children in the Commonwealth reach their dreams.

Families like the Hendersons in South Louisville know all too well the power this scholarship tax program would have in transforming the futures of Kentucky’s children.

In 2015, Daniel and Denise Henderson decided to become foster parents of medically fragile children and those with a history of trauma. Not long after they were approved in the summer of 2016, they welcomed a set of three elementary school-age siblings to their home — a 10-year-old girl (Elle) and her two brothers, ages eight and five. The two oldest were victims of trafficking, and all had sustained trauma.

The Hendersons provided the stable, happy and safe home environment the children needed, and were able to help them focus on school. Elle struggled in her fifth grade class at the time, and as they discussed middle school options, Denise and Daniel were surprised when Elle told them she wanted to attend a private school.

While they wanted to support her choice, being a child in foster care put significant limits on Elle’s education options. Elle asked to talk to the judge herself, and after she did, the judge granted her permission to attend the school of her choice. Denise and Daniel stretched their resources to pay the tuition for the private school, and Elle flourished.

By the time the next school year came around, the Hendersons had adopted the sibling group — and Elle’s younger brothers, Shawn and Josh, wanted to follow their sister to private school. The school made Elle feel safe and loved, and though the Hendersons were convinced the school was the best fit for their children, tuition for three children was unattainable.

The Henderson kids are thriving in a school that fits them, but thousands — perhaps tens of thousands — of children across the Commonwealth do not have access to that kind of opportunity. In Louisville alone, School Choice Scholarships currently has more than 6,000 children on its waiting list.

Through no fault of their own, many minority and low-income families disproportionally find themselves in the lowest performing schools. Countless parents need access to schools that are specifically suited to their children’s educational and emotional needs but either cannot not afford private school tuition or are unable to move to another school district.

Simply put: school choice already exists in Kentucky, but it is currently only available to the wealthy.

As a mother of nine, I know all children have unique strengths, challenges and interests. A one-size-fits-all approach to parenting does not work well. The same is true for education: families need options.

HB 205 and SB 118 propose to create a scholarship tax program that would help close this significant gap in opportunity. The program encourages individuals and businesses to donate to non-profit organizations, like School Choice Scholarships, that assist lower income families with tuition for the non-public schools of their choice.

Through this program, donors would receive a 95 percent tax credit for their donation. For every $100 donated, a $95 tax credit is received. No public funds are involved, as private donations alone are used to increase parental options. Eighteen other states have similar scholarship tax programs in place, making it clear they value the role of the family in education. It is time for Kentucky to do the same!

I am imploring the General Assembly to vote yes on HB 205 and SB 118. Education is key to breaking the cycle of poverty, and a zip code should not determine a student’s academic success. We cannot continue upholding a status quo that favors only families with means, and a scholarship tax credit policy would be a great step toward improving access to education opportunities for all Kentucky’s children.

Glenna Bevin is the wife of Kentucky Gov. Matt Bevin.