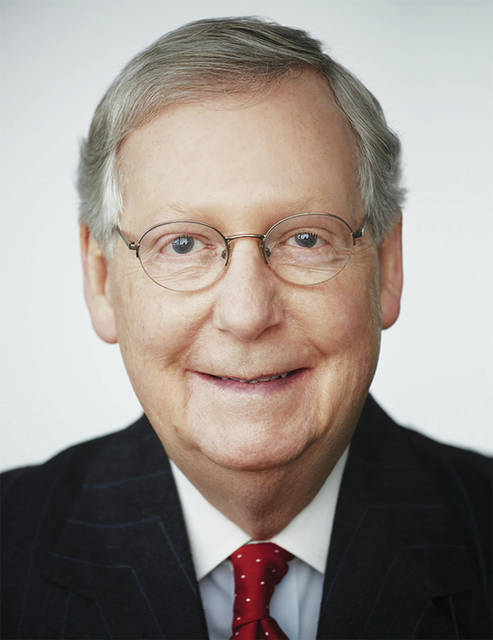 Recently on the Senate floor, I previewed the Democrat Politician Protection Act — Nancy Pelosi’s one-size-fits-all election bill that would put Washington Democrats in charge of elections across the country.

I pushed back against the notion that Speaker Pelosi may know better than the framers of our Constitution, who gave states the responsibility to administer elections. I defended Kentuckians’ ability to make their own decisions about how we elect our officials.

I acknowledged that “I know it is not fashionable on the far left to praise the wisdom of our constitutional structure. I’m sure that in some corners, I’ll be derided for referencing the Constitution at all.”

The Herald Leader didn’t waste any time in proving me right.

The liberal editorial board joined left-wing groups in supporting a bill drafted by Pelosi and her liberal allies to make it easier for Democrats to get elected in the first place. Parroting Democrat points, the writers made it clear that they believe San Francisco and Washington D.C. know better than Kentucky how to run an election.

Washington Democrats would overturn our voter ID requirements that have remained in place for three decades without facing legal challenge. They would determine when and where Kentuckians vote. They would create a voter registration process that would be fertile ground for duplication and error while making it exceedingly difficult to perform routine voter roll maintenance — something Kentucky must do by a court order after it was determined that nearly 50 counties had more registered voters than voting-age population.

Every state faces unique challenges in administering an election and ensuring the access of all eligible voters. When Washington creates 570 pages of top-down mandates, it ignores the diversity of our electoral processes as designed by the framers of our Constitution. It ignores that Kentucky may have procedures in place to combat the dozens of examples of voter fraud that have resulted in convictions since 2003. It ignores that in some cases, the people may not want embattled officials to have access to more state databases to add to the messy voter rolls.

And yes, Washington Democrats would also take away a state’s ability to decide whether and how it may restore voting rights for felons. Their plan wouldn’t let the people of Kentucky or our elected representatives in Frankfort make this important decision. Instead, Pelosi’s bill would immediately and automatically register all convicted felons nationwide upon their release from prison—no matter the crime they committed and no matter what the citizens of Kentucky may determine in such an important debate.

To answer the editorial board, let me be abundantly clear: I hope every eligible voter exercises their fundamental right to vote at every opportunity. And I will not stand idly by while Kentuckians’ decisions about how they choose their elected officials are taken away from them and exchanged for what Washington Democrats think is best. I will oppose the Democrat Politician Protection Act at every opportunity — and it will not pass the U.S. Senate.