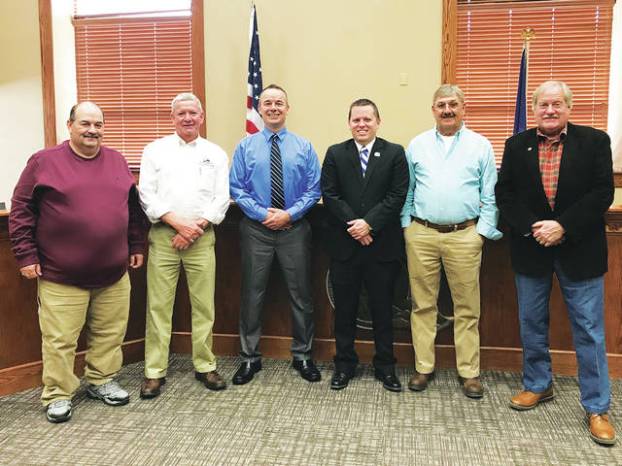 Fiscal court cracking down on illegal dumps across the county

Harlan County Judge-Executive Dan Mosley said the Solid Waste Enforcement division of the Fiscal Court, in cooperation with the Harlan County Sheriff’s Office, has been actively investigating illegal dumping activity throughout the county. And the results are beginning to show.

“We have photographs of vehicles and license plate numbers,” Mosley said. “That really helps build our case against those who are dumping illegally.”

Mosley said he hoped that increased prosecution of those caught dumping illegally would act as a deterrent to others.

Delinquent garbage bills have also been a problem, according to Mosley. While the overall collections rate of paying garbage customers has increased to around 84 percent, the county still has many people who are delinquent on their bill for garbage service or who simply have not subscribed for garbage service.

“It isn’t fair to the majority of citizens who already pay a garbage pickup bill to have to carry the burden of those who don’t. We need to get everyone on a level playing field.” he said.

“We will work with anyone wishing to work out a payment plan to try to get their account current,” he said.

In other business, the Fiscal Court:

• Approved a lease agreement between the county and Magnum Hunter Production Inc. for property and buildings located at Coldiron.

• Approved an agreement with Bell Engineering for services related to the Putney Landfill.

• Voted to accept the sheriff’s office statement of receipts, disbursements, and excess fees for calendar year 2018, subject to audit.

• Approved a four-year lease between the county and Wallins Volunteer Fire Department on property located in Wallins.

• Approved an agreement with Harp Enterprises for election services.

• Approved a contract between the Commonwealth of Kentucky and the county for FY 2019 SAR Rescue Aid Fund.

• Approved advertising for bids for portable restroom rentals, and diesel/gasoline

• Reappointed Charles Hyde to the Black Mountain Utility District Board for a four-year term.

• Reappointed Denver Pollitte to the Airport Board for a four-year term.

Family and friends of James “Muggins” Bennett gathered under the Blair Park Shelter during inclement weather to attend a bridge... read more