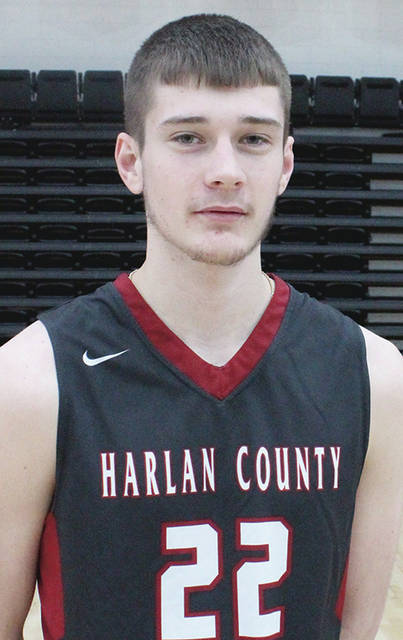 Harlan County extended its 52nd District win streak to 32 and moved within one game of clinching the district’s top seed with a 60-48 win Tuesday at Bell.

Bell County began the game with fast tempo, attacking the rim, while the Black Bears found most of their success from beyond the 3-point line.

Leading the way for Bell County was junior guard London Stephney with 19 points and senior center Tyler Partin with 10.

With nine of their first 12 points coming from deep, the Black Bears outscored the Bobcats 15-11 in the first quarter. The teams traded buckets throughout the second quarter, with the Black Bears holding a 28-23 lead at the half.

Bell County is back in action against McCreary Central on Jan. 18 on the road. Harlan County plays host to Cumberland Gap, Tenn., on Saturday.

Leading the way for Harlan County (12-3) was senior guard Phebe McHargue with 21 points. Junior forward Morgan Blakley added 15. The Lady Bears improved to 4-0 in district action and clinched the top seed in the 52nd District Tournament.

Bell County (8-9) was led by Abby Harris with 19 and Ashtyn Meyers with eight.

The Lady Black Bears took advantage of extra opportunities on steals and offensive rebounds in the first quarter, outscoring the Lady Cats 13-9. The Lady Bears’ offense came out fast in the second quarter and capitalized on each opportunity to score, outscoring Bell 22-13 to take a 35-19 lead into the locker room at the half.

“That’s a really good ball team,” said Bell County coach David Teague. “They’re very well coached. They’re a very experienced team, with some very good players. We tried to mix some things up on them and give ourselves a chance in the game. I thought we did some good things, but we did a lot of things that costs us to beat ourselves. We had far too many turnovers. They did a good job of taking the ball away from us and scoring in transition, which is what they like to do. They do a really good job of doing those things, and we were trying to limit them from doing that. We did it in stretches, but we didn’t for the most part. That ended up being a big difference in the game.”

The Lady Cats will be back in action on Jan. 18 against Webster County in the 2A State Championship at the Owensboro Sports Center in Owensboro. Harlan County faces off against Perry Central at home on Thursday.

Jackets win instant classic in All ‘A’ finals

PINEVILLE — Lewis Morris was taking no credit as a genius for the final play in Middlesboro’s 54-53 win Tuesday... read more