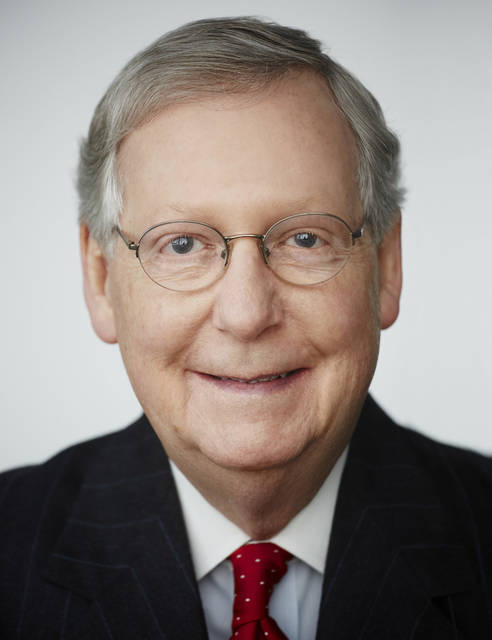 Proud to have played role in legalization of industrial hemp

The Senate has opened a door to new opportunities for Kentucky agriculture. After extensive collaboration with my colleagues on both sides of the aisle, we passed one of my top Kentucky priorities for the year – a Farm Bill containing my legislation to legalize the production of industrial hemp. When President Trump signs the bill into law, Kentucky‘s farmers can continue to lead the nation in the growing, processing and manufacturing of industrial hemp.

You may be familiar with hemp’s storied history in Kentucky – even Henry Clay is said to have grown it in the fields of his Lexington estate, Ashland. During World War II, the federal government went as far as to produce a promotional video encouraging the growth of Kentucky hemp, which was used to make the necessary supplies to help win the war. The crop, however, was later prohibited because of its dubious connection with an illicit cousin, marijuana.

In early 2013, Kentucky farmers and then-Agriculture Commissioner Jamie Comer brought to my attention just how wrongheaded the federal ban on hemp was. The demand for tobacco had fallen from its all-time high, the tobacco buyout I secured years earlier was winding down and Kentucky farmers needed a new cash crop. While customers could already find hemp products on store shelves, the hemp used had to be imported from other countries.

Kentucky has a proven track record for favorable growing conditions for hemp and there was no legitimate reason why our farmers shouldn’t be allowed to grow the crop and capitalize on this growing market. That’s why I secured an initiative in the 2014 Farm Bill paving the way for state hemp pilot programs that would give farmers in Kentucky the opportunity to grow and research hemp and demonstrate its potential.

Since the pilot programs began, Kentucky’s success has surpassed all of my expectations. Hemp can be found in food and clothing, in home insulation and your car dashboard, and in many other Kentucky Proud products. Last year alone, hemp surpassed more than $16 million in product sales and attracted more than $25 million in investments to the Commonwealth. Given this remarkable progress, I feel confident that hemp’s economic contributions will keep growing with full legalization.

Earlier this year, I introduced my “Hemp Farming Act of 2018” to revitalize the crop in Kentucky by making it a legal commodity. Working with organizations like the Kentucky Farm Bureau, we built support for my legislation throughout the Commonwealth and in the Senate. As a senior member of the Agriculture Committee, I successfully included it in the 2018 Farm Bill, which passed the Senate overwhelmingly.

Then, as Majority Leader, I appointed myself to the Conference Committee responsible for negotiating the final Farm Bill text to ensure my hemp provision made it in the final version. With my fellow conferee, Congressman Jamie Comer, we worked tirelessly to protect hemp and other measures important to Kentucky’s farm economy. After months of intense negotiations, Congress recently passed the final Farm Bill and sent it to President Trump to become law.

In addition to legalizing the growth and production of domestic hemp, this new law gives states the opportunity to have oversight responsibility of the plant. That means Commissioner Ryan Quarles – another strong champion of hemp – will be in charge of the crop’s regulatory framework in Kentucky. Further, hemp farmers and researchers will be eligible for competitive federal grants as well as for crop insurance.

Hemp is a versatile crop, and we continue to learn more about it every day. While we may not yet know its full capabilities, I am confident the ingenuity of Kentucky’s farmers and producers will find new and creative uses for this exciting crop.

We are at the beginning of a new era, and I can’t wait to see what comes next. It’s time to show the world what Kentucky farmers can do with hemp. I was proud to do my part to bring hemp back to Kentucky, and I look forward to continuing to support its bright future in the Bluegrass State.

Mitch McConnell, a Kentucky Republican, is the Senate Majority Leader.

A weird twist on snow

A lot of folks had their first taste of snow recently, and since snow is more welcome during the Christmas... read more