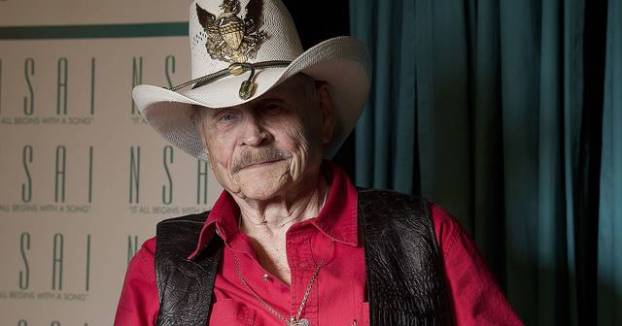 Songwriter Jerry Chesnut, a native of Loyall and a member of the Nashville Songwriters Hall of Fame died Sunday at age 87.

Songwriter Jerry Chesnut, a native of Loyall and a member of the Nashville Songwriters Hall of Fame died Sunday at age 87.

Chesnut, who wrote songs for some of country music’s biggest stars, moved to Nashville in 1958 to pursue his songwriting career. It took nearly a decade for him to gain traction, when Del Reeves recorded his “A Dime at a Time” in 1967.

Through the late ’60s and ’70s, Chesnut penned hits for Johnny Cash (“Oney”), Faron Young (“It’s Four in the Morning”), Porter Wagoner and Dolly Parton (“Holding on to Nothing”), Loretta Lynn (“They Don’t Make ‘Em Like My Daddy”) and Tammy Wynette (“The Wonders You Perform”), among others.

Chesnut retired from the music business in 1980, but his two most famous songs, in particular, continued to find new life.

“T-R-O-U-B-L-E” was originally a hit for Elvis Presley in 1975 (and one of several cuts Chesnut had with Presley), and once again climbed the country charts in 1992 with a version by Travis Tritt. The song’s famous chorus found a unique way to rhyme words — by spelling them out.

“I got to realizing, not (just) the words, every letter is rhyming …” Chesnut recalled in an interview for The Tennessean’s “Story Behind the Song” series in 2014.

“Everybody was asking me, ‘How in the world did you do that?’ And I said, ‘I don’t know. It just happened. That’s the way it was.’”

“A Good Year for the Roses” was a No. 2 country hit for George Jones in 1970. In 1981, a version by Elvis Costello (from his Nashville-made “Almost Blue” album) became a sizable hit in the U.K.

A portion of KY 840 in Loyall was renamed in his honor.